A new study published in AGU Advances highlights the discovery. 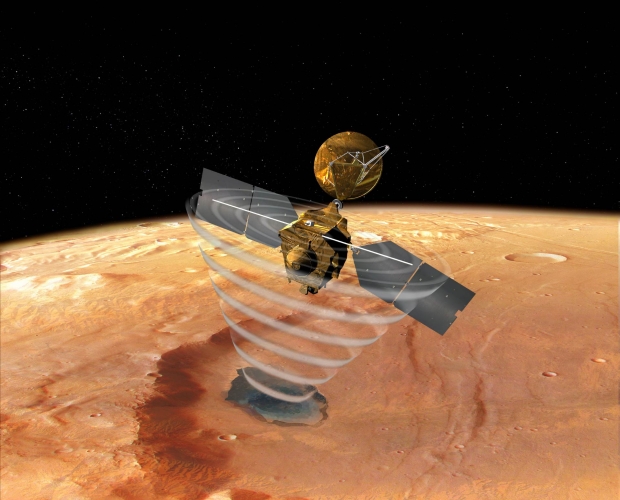 Scientists previously believed that any flowing water on the surface of Mars evaporated around 3 billion years ago. Now, with the data gathered from the Mars Reconnaissance Orbiter (MRO) over the last fifteen years, scientists believe water was flowing as recently as between 2 and 2.5 billion years ago.

Using the Compact Reconnaissance Imaging Spectrometer for Mars (CRISM) instrument aboard the MRO allowed the researchers to find chloride salts mineral evidence of water left over after it would have evaporated. The Context Camera and High-Resolution Imaging Science Experiment (HiRISE) camera aboard the MRO allow the Mars terrain to be mapped, using the number of craters in an area to determine the age of a given surface. Analysis of the terrain allowed the team to date the salt deposits and tell when water was flowing in different areas.

"What is amazing is that after more than a decade of providing high-resolution image, stereo, and infrared data, MRO has driven new discoveries about the nature and timing of these river-connected ancient salt ponds," said Caltech professor Bethany Ehlmann, CRISM's deputy principal investigator.

"Part of the value of MRO is that our view of the planet keeps getting more detailed over time. The more of the planet we map with our instruments, the better we can understand its history," said Leslie Tamppari, the mission's deputy project scientist at NASA's Jet Propulsion Laboratory (JPL).