The remains of the rocket are from a Falcon 9 that launched in February 2015. 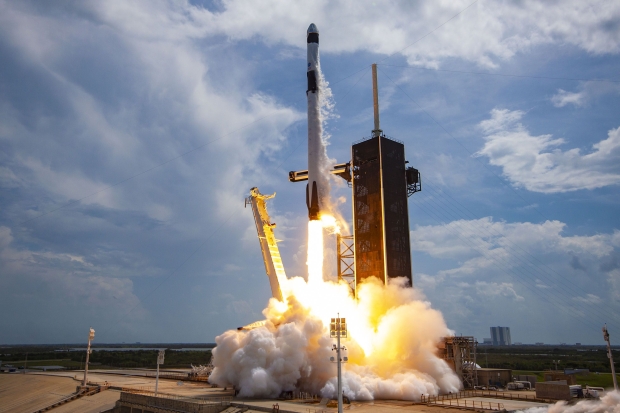 The rocket launched to deliver a NASA satellite, the Deep Space Climate Observatory (DSCOVR), into orbit. Instead of returning to Earth, the rocket's second stage had flown far enough away that it entered into a chaotic orbit. It is estimated that it will crash into the far side of the moon on March 4th, 2022.

"We know the mass of an empty Falcon 9 booster [about 4 tons] and that it will hit at 2.58 km/s [5,700 mph, or 9,290 kph]; the known momentum and energy of the object making the crater ought to help in calibrating the crater size vs. energy function," said astronomer Bill Gray, who calculated the space junk's trajectory.

It is not the first time spacecraft have crashed into the moon, with NASA intentionally crashing the upper stage of an Atlas V rocket into the moon's south pole in 2009. Unintentionally, Israel's Beresheet probe and the Chandrayaan 2 lander both crash-landed on the moon while attempting to touch down.

"Left in cislunar orbit are unstable - will eventually either hit the moon or the Earth or get perturbed to solar orbit," said Jonathan McDowell of the Harvard-Smithsonian Center for Astrophysics in Cambridge, Massachusetts.