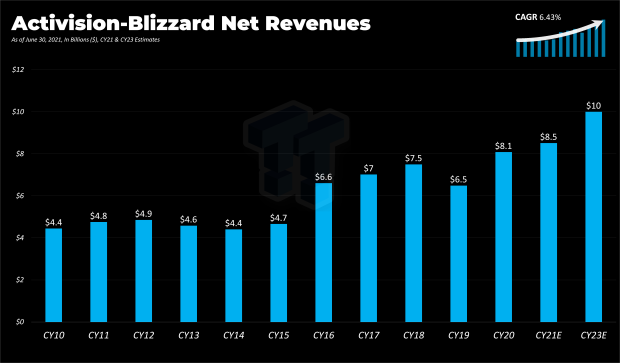 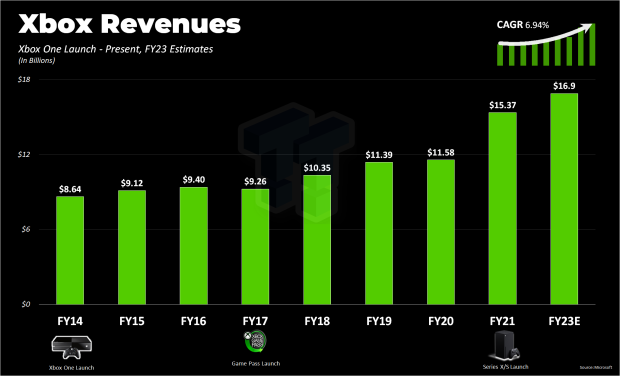 Xbox gaming is likewise expected to jump to $16.9 billion, representing a 10% increase over the last reported FY21 period. Microsoft's games segment delivered a record $15.37 billion in FY21 driven by hardware and software synergy surges across game and console sales and subscriptions.

Neither Microsoft nor Activision-Blizzard have delivered revised forecasts to reflect the merger.