The detection is detailed in a new study published in the journal Physical Review Letters. 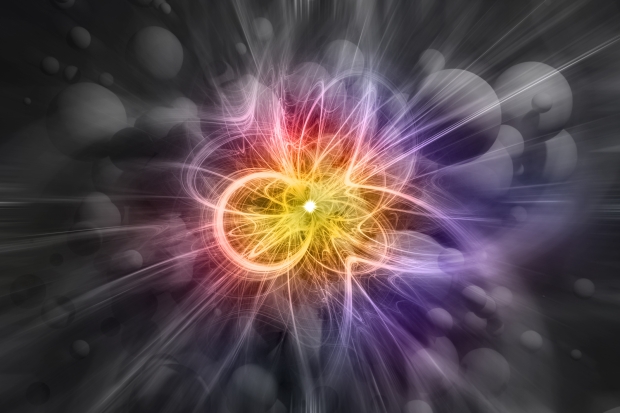 Immediately following the Big Bang, the universe was an extremely hot, concentrated plasma of elementary particles known as quarks and gluons, the precursor particles to protons and neutrons, which make up all matter as we know it. In the first split second of existence before the universe expanded, these quarks and gluons briefly joined in various combinations known as "X" particles of unknown structures and properties.

Physicists have theorized their creation would be possible in particle accelerators, and now physicists from MIT's Laboratory for Nuclear Science have found evidence of X particles in experiments conducted at the Large Hadron Collider (LHC) at CERN, the European Organization for Nuclear Research, based near Geneva, Switzerland. From 13 billion heavy ion collisions, the team identified about 100 X particles, known as the X (3872) type, with 3872 referring to the particle's estimated mass.

"This is just the start of the story. We've shown we can find a signal. In the next few years we want to use the quark-gluon plasma to probe the X particle's internal structure, which could change our view of what kind of material the universe should produce," said lead author Yen-Jie Lee, the Class of 1958 Career Development Associate Professor of Physics at MIT.

Quarks and Gluons: A Century of Particle Charges