Is Call of Duty now exclusive to Xbox? Will the franchise sill come to PlayStation? How long is Activision's marketing deal with Sony? These are major questions that will determine the future of Call of Duty, Microsoft, Activision, and Sony. 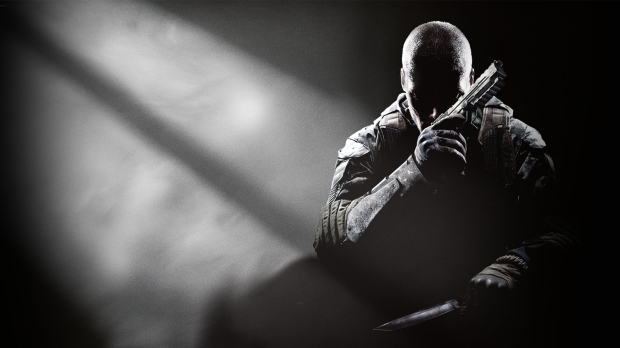 Everyone wants to know whether or not Call of Duty is coming to PlayStation consoles after Microsoft buys Activision-Blizzard. Why spend $68.7 billion to release games on a competing platform? Money, for one--Call of Duty is a thunderous success on PlayStation hardware, and Sony has shipped over 116 million PS4s to date. That kind of install base mixed with powerhouse game sales equals lots of revenue.

But there's a chance Microsoft could keep Call of Duty off of PlayStation platforms in an effort to push Game Pass subscriptions. Quality content is a compelling reason to buy a subscription. Exclusive content is a better one. 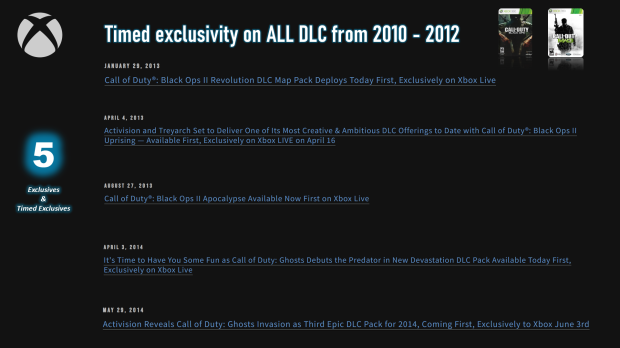 The reality is Call of Duty has been exclusive to both Xbox and PlayStation before...just in a different sense. From 2010 - 2012, Activision signed a deal with Microsoft to bring Call of Duty to Xbox 360 consoles one month ahead of PlayStation 3. This was an extension of an earlier deal signed in 2009, and culminated in a long-lasting five-year deal.

Then Activision signed a huge multi-year deal with Sony. This introduced five years of PlayStation-exclusive and timed-exclusive content from 2015 - 2020 including DLC, game modes, and exclusive betas only available on PlayStation 4. 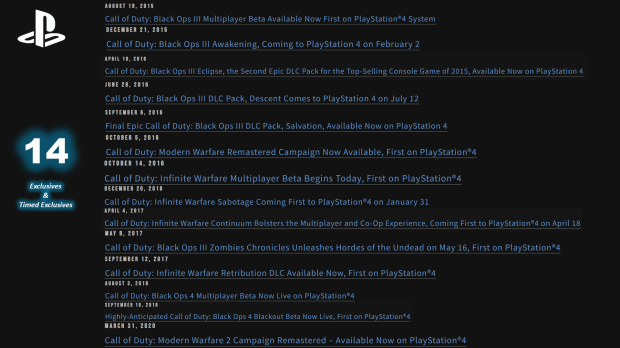 But how long is Activision's deal with Sony? There's no telling. If the past is any indication, five years seems to be the timeline. However, Sony and Activision could've signed a multi-year agreement a while back. If Activision's deal with Sony has expired, it's not going to get renewed, and the new Modern Warfare II reboot in 2022 might be the last Call of Duty game that gets released on PlayStation hardware.

Both Microsoft and Activision say they will honor existing contractual obligations signed before the acquisition deal closes.

Sony also says it is confident Microsoft will follow through with these obligations: "We expect that Microsoft will abide by contractual agreements and continue to ensure Activision games are multiplatform."

Recent SEC filings confirm that all existing and future contracts have been outlined in a confidential Company Disclosure Letter sent to Microsoft. No one has access to this information but Microsoft and Activision--it's strictly on a need-to-know basis.