The new study discussing the threat was published in the journal Biological Reviews. 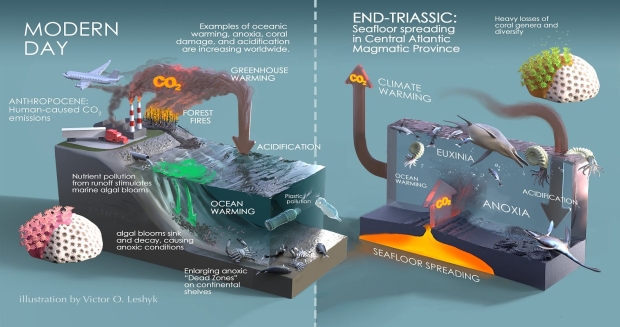 Biologists from the University of Hawai'i at Mānoa and the Museum National d'Histoire Naturelle in Paris, France, extrapolated land snail and slug estimates to determine that between 7.5% and 13% of the two million identified species on Earth could already be extinct. The extinction rates are not equal across all ecosystems, with marine species somewhat less affected despite their own significant threats.

"Drastically increased rates of species extinctions and declining abundances of many animal and plant populations are well documented, yet some deny that these phenomena amount to mass extinction," said Robert Cowie, lead author of the study and research professor at the UH Mānoa Pacific Biosciences Research Center in the School of Ocean and Earth Science and Technology (SOEST).

"This denial is based on a biased view of the crisis which focuses on mammals and birds and ignores invertebrates, which of course constitute the great majority of biodiversity. Including invertebrates was key to confirming that we are indeed witnessing the onset of the Sixth Mass Extinction in Earth's history," continued Cowie.