AMD's next-gen AM5 socket has been teased, which will be the heart and soul of the new Zen 4-powered Ryzen 7000 series CPUs dropping later this year, with this representing AMD's first LGA socket for Ryzen CPUs. 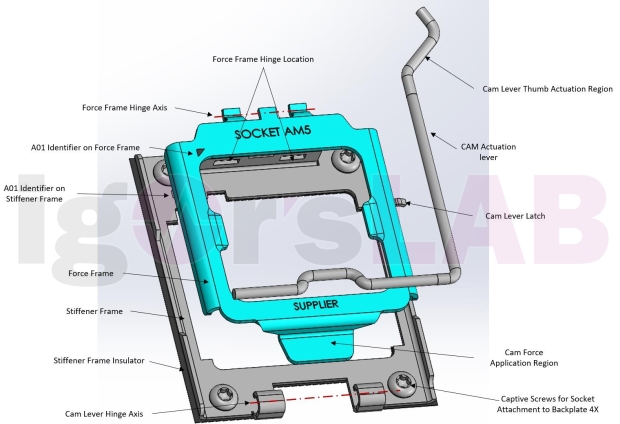 Igor's Lab is behind the leak, with new drawings of AMD's new AM5 mounting system -- and while Igor didn't reveal who was behind the leak -- the new renders show a very Intel-like locking mechanism. We can see a lever that forces a frame onto the socket, making sure that the pressure is equally distributed, and is easy for the user to do.

There are some changes between the LGA 1718 socket here for AM5 and Intel's new LGA 1700 socket for its 12th Gen Core "Alder Lake" CPUs. The new LGA 1718 socket in AM5 form will see the backplate attached to the Socket Actuation Mechanism (SAM) by 4 additional screws, which will make sure the cooler assembly is aligned with the socket, instead of just the backplate. 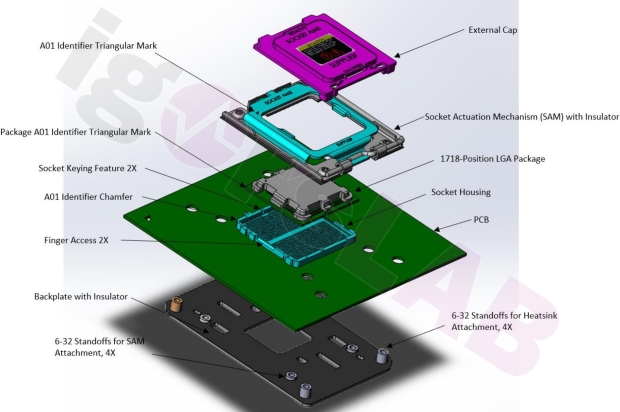