The new study has been accepted for publication in The Astrophysical Journal. 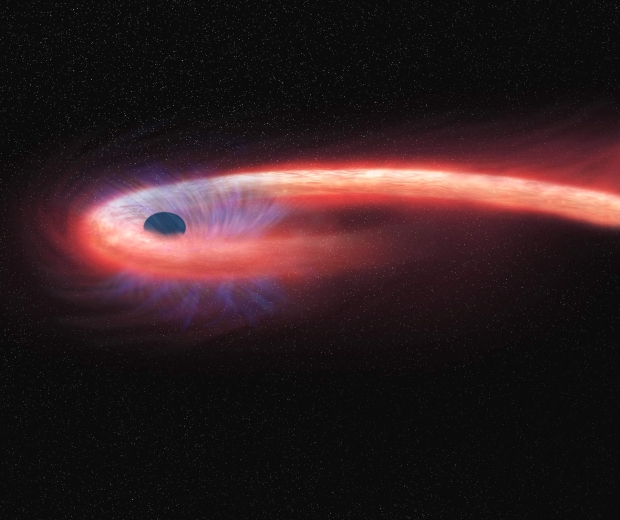 All galaxies contain a black hole at their center, including Milky Way. Stars will orbit around these black orbits, but on occasion, they can stray too close and will be pulled into the black hole and consumed, undergoing a process known as spaghettification. The consumption of the star by the black hole is known as a tidal disruption event (TDE).

"Gravity around the black hole will shred these unlucky stars, causing them to be squeezed into thin streams and fall into the black hole. This is a really messy process. The stars don't go quietly," says Vikram Ravi, assistant professor of astronomy at Caltech.

Researchers from Caltech used radio telescope observations to identify the second TDE ever discovered using radio waves; the first was found in 2020 by Marin Anderson from NASA's Jet Propulsion Laboratory (JPL). Researchers from the University of Toronto had also uncovered the same TDE, now dubbed J1533+2727, so the two research teams worked together to publish their findings.

"An unprecedented amount of radio observations are now becoming available, positioning us to discover many more sources like this one. Interestingly, neither of the radio-discovered candidates were found in the type of galaxy most popular for TDEs. Finding more of these radio TDEs could help us to illuminate ongoing mysteries about what types of galaxies they occur in and just how many there are in the universe," said co-author Hannah Dykaar of the University of Toronto.