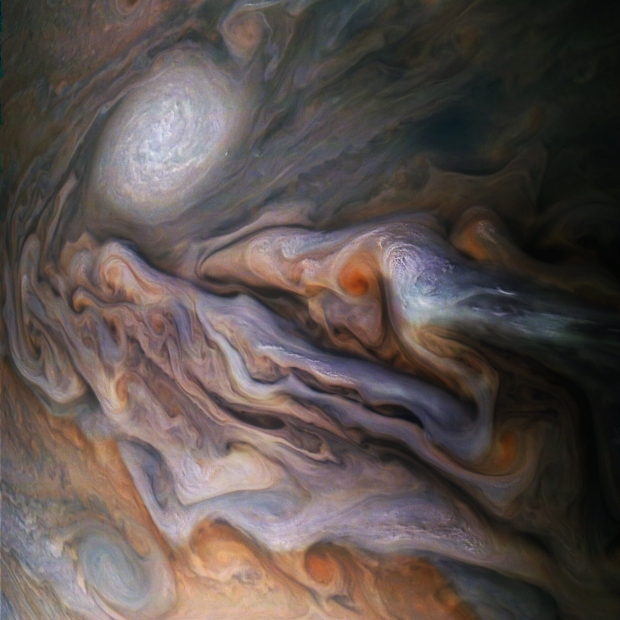 Oceanographers have used the images taken by NASA and Lockheed Martin's Juno spacecraft orbiting Jupiter to understand the physical forces driving the massive cyclones covering the planet's surface. Lia Siegelman of the Scripps Institution of Oceanography at the University of California San Diego noticed similarities between ocean vortices and the cyclones at Jupiter's poles.

Siegelman and her colleagues have now provided evidence to support the hypothesis that moist convection (hotter, less dense air rising) drives the cyclones, using images from Juno and principles of geophysical fluid dynamics. Infrared views allowed the researchers to determine the wind speed and directions of clouds, as well as their thickness. The data allowed them to tell how energetic the systems were, and they ascertained that the rising air within clouds acted as an energy source to produce larger-scale cyclones.

"To be able to study a planet that is so far away and find physics that apply there is fascinating. It begs the question, do these processes also hold true for our own blue dot?" said Siegelman.

You can read more from the study here and here.