The discovery was published in a recent paper in Nature Communications. 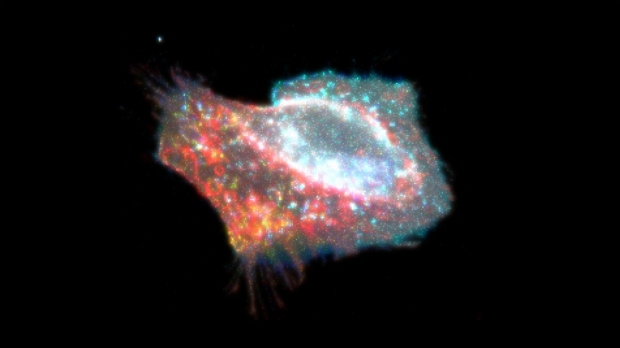 Researchers from the University of Illinois Chicago (UIC) studied cells undergoing pyroptosis (cell death usually due to infections, resulting in excess inflammation throughout the body). They found that the process could be halted and controlled when it was previously thought to be irreversible.

This discovery will allow scientists to study diseases associated with malfunctioning cell death processes, such as some cancers. Pyroptosis is a process that utilizes a protein known as gasdermin to open pores in a cell membrane and subsequently destabilize the cell. The researchers engineered their own "optogenetic" gasdermin, which responds to light, allowing them to observe the pyroptosis in action.

"The cell death process plays an important role in the body, in both healthy states and unhealthy ones, but studying pyroptosis, which is a major type of cell death, has been challenging," said Gary Mo from the UIC.

Using fluorescent imaging technology and the optogenetic gasdermin, the researchers found that the pores would close in within tens of seconds under certain conditions, such as with specific calcium ion concentrations. This result provides evidence that pyroptosis is dynamically self-regulated.

"This showed us that this form of cell death is not a one-way ticket. The process is actually programmed with a cancel button, an off-switch. Understanding how to control this process unlocks new avenues for drug discovery, and now we can find drugs that work for both sides-it allows us to think about tuning, either boosting or limiting, this type of cell death in diseases, where we could previously only remove this important process," said Mo.