NASA and the European Space Agency are currently moving towards preparing the James Webb Space Telescope for operations. 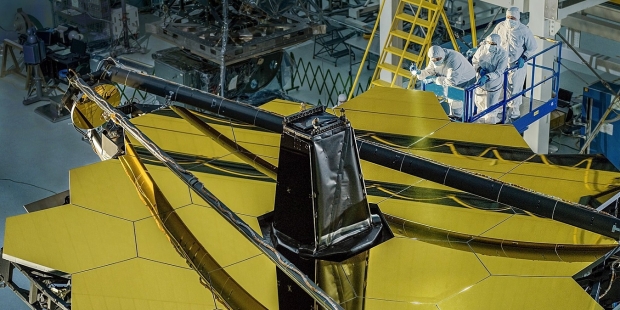 While both space agencies work together to make sure the unfolding of the James Webb Space Telescope goes as smoothly as possible, some physicists are already getting excited about the science questions Webb will be able to solve once it's operational. Carnegie Mellon University, Associate Professor of Physics Matthew Walker, has expressed his excitement about Webb and the data that it will be able to acquire about the universe.

Walker says that "The top-level science goal is to learn about the nature of dark matter", which has never been directly observed. Due to it never being directly observed, many theories have come out attempting to explain its existence, some even saying that the form dark matter takes is in clumps called "halos" - this is the cold matter theory. Walker and his team are planning on using the data acquired by Webb to search the universe for evidence of dark matter.