KFC will collaborate with Beyond Meat to bring plant-based meat alternatives to its U.S. stores. 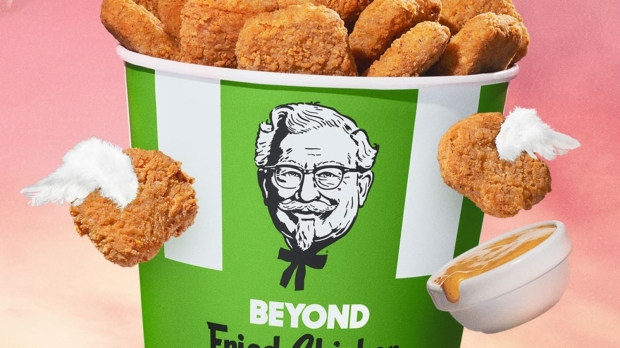 The addition will begin nationwide on Monday, January 10th, 2022, but won't hang around forever. Yum! Brands, KFC's parent company, previously worked with Beyond Meat to sell out a plant-based chicken product at a KFC restaurant in Atlanta in under five hours in August 2019.

"This is really about where the customer is going; they want to eat more plant-based proteins. It's January, so it's a time of New Year's resolutions and wanting to do something different in your diet," said Kevin Hochman, U.S. president of KFC

Beyond Meat announced last year it would be working with Yum! Brands to bring exclusive plant-based meat substitutes to Pizza Hut, Taco Bell, and KFC. Beyond Meat hopes to boost its stock value with the move after losing half its value in the last year, with its market value now at $3.9 billion. Meanwhile, Yum!'s shares have climbed 30% in value, taking the corporation's market value to $40.3 billion.

Beyond Meat Beyond Sausage Plant Based Hot Italian Sausage 14 Ounces