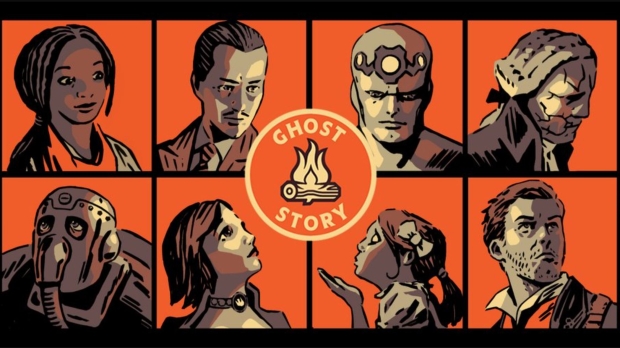 Ghost Story Games, Ken Levine's ne studio, was established in 2014 following BioShock Infinite's development. The last BioShock burned Levine out--and looking at his vastly complicated, volatile, and vacillating creative style it's no wonder--and he wanted a smaller-scale team to work on something special.

The problem is Levine's ambitions far outweigh the abilities of a small team. For the last 7 years, Ghost Story Games has quietly been working on a new project that's continually morphed and changed throughout the years. At one point the team was working on a mysterious Twilight Zone experience that was, predictably, cancelled.

According to a new illuminating report from Bloomberg, the project is in the purgatorial stasis known as "development hell". The game is so deeply mired that it doesn't even have a name yet, and may not be ready for at least two years, sources at the studio say.

Levine's current aim is to create something unique that's tailor-made for players. The idea is that each player's experience would be different both in experience and dialog, however the amount of work required for this to happen makes Levine's vision unfeasible.

"Ghost Story Games (formerly known as Irrational Games) is a self-publishing game studio owned by Take-Two Interactive. Our mission is simple: to create immersive, story-driven video games for people who love games that ask something of them," reads the studio's credo.

Ironically, a 2020 job listing for Ghost Story Games said the project was in "later stages of production."

Like with Rockstar, a mega moneymaker, Take-Two Interactive is giving Levine as much time as he needs because the publisher believes in his vision. And for good reason: BioShock is one of the best-selling singleplayer franchises in the company's list of wholly-owned IPs.

BioShock is also moving forward without Levine. A new installment of BioShock is currently in development at Cloud Chamber Games, and job listings hint it will make use of powerful new technologies: