With its seventeenth flight on December 5th, Ingenuity surpassed thirty minutes of flight time above the Martian surface. 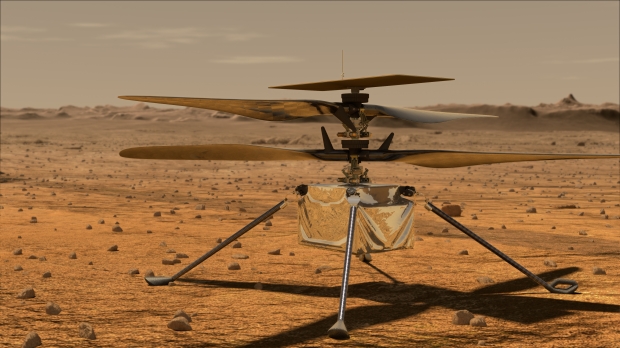 The 117-second flight time brings the Martian helicopter to a total of 30 minutes and 48 seconds. Originally designed as a technology demonstration, with five experimental test flights planned, Ingenuity has exceeded expectations. So far, it has traveled a total of 3592 meters (2.2 miles), reached an altitude of 12 meters (40 feet), and a top speed of 5 meters per second (10 miles per hour).

Ingenuity's status was temporarily unknown following its December 5th flight, as its in-flight data stream was unexpectedly cut out. The Mars Perseverance rover did receive data packets from Ingenuity which suggested it was still active. On December 10th, data was downlinked to NASA's Jet Propulsion Laboratory (JPL) that showed the flight was a success and Ingenuity is still in excellent condition.

"Few thought we would make it to flight one, fewer still to five. And no one thought we would make it this far. On the way to accumulating over a half-hour aloft, Ingenuity has survived eight months of bitter cold and operated out of nine unique Martian airfields. The aircraft's continued operations speaks to the robustness of the design and the diligence and passion of our small operations team," said Teddy Tzanetos, Ingenuity Team Lead at JPL.

The next scheduled flight, Flight 18, is due to take place no earlier than December 15th. It will cover 230 meters (754 feet) at a speed of 2.5 meters per second (5.6 miles per hour) over 125 seconds. The destination is a new one for Ingenuity, an airfield close to the northern boundary of Seitah. 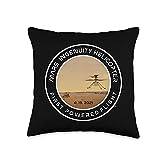