A new technique to help astronomers find and identify 'bright' black holes has been developed by researchers from the University of Western Australia (UWA) node of the International Centre for Radio Astronomy Research (ICRAR). 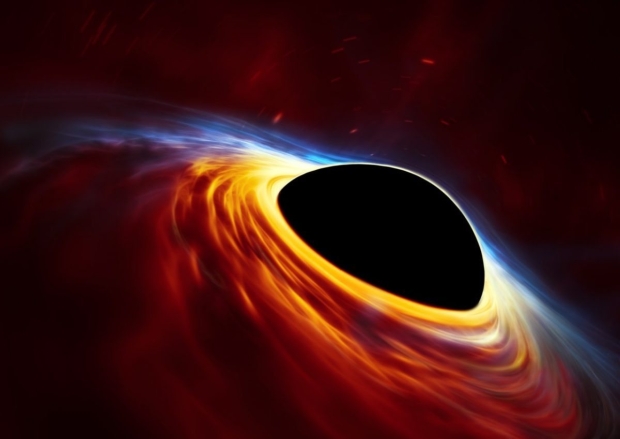 An active galactic nucleus (AGN) is a compact region of space at a galaxy's center, with higher than average luminosity. The light emissions come from portions of the electromagnetic spectrum that show stars do not produce them and instead indicate an active black hole.

"The black holes we're looking for are between a million and a billion times more massive than our Sun. As they suck in matter from around them, the matter gets super-heated because of friction and becomes very, very luminous. And when they're active, these black holes can outshine the rest of the galaxy," said Jessica Thorne, a Ph.D. student at UWA.

Using an algorithm called ProSpect, the researchers could model the emissions of different wavelengths of light from galaxies and black holes. Measuring both gives researchers an idea of how the black hole impacts its host galaxy. Applying the method to almost five hundred thousand galaxies from the Anglo-Australian Telescope's DEVILS survey and more than two hundred thousand galaxies from the GAMA survey, over 75,000 AGN's were identified.

Dr. Sabine Bellstedt of ICRAR-UWA says that scientists have previously ignored bright black holes due to the difficulty of finding them and the inability to incorporate them into models with sufficient detail. This easier, more thorough, and more consistent technique will allow astronomers to search more galaxies for active black holes in the future.

"We think that an active black hole in a galaxy is able to decrease the amount of star formation really quickly and stop the galaxy from growing any further. It can effectively kill it," Thorne said.

You can read more from the study detailing the new technique, published in Monthly Notices of the Royal Astronomical Society, here.

Solar System and Beyond Map - Part of the Milky Way Galaxy