Australian computer scientist and businessman, Chris Wright, has won a civil trial against the family of his deceased business partner David Kleiman who said they were owed a fortune: over $50 billion.

In the end, the Florida judge found that Wright did not owe half of the 1.1 million bitcoin to the family -- worth around $50 billion at the time of writing -- but the jury did award $100 million in intellectual property (IP) rights to a joint venture between the two businessmen, a mere taste of what Kleiman's lawyers wanted.

Craig Wright claims that he is the notorious "Satoshi Nakamoto", the inventor of Bitcoin -- where with his brother Ira, claimed David Kleiman and Wright were close friends, and co-created Bitcoin through a partnership. Some of the very first bitcoins ever mined were at the center of the trial -- 1.1 million bitcoin, worth around $50 billion.

Andres Rivero of Rivero Mestre LLP, the lead lawyer representing Wright said: "This was a tremendous victory for our side".

Vel Freedman and Kyle Roche of Roche Freedman LLP and Andrew Brenner, a partner at Boies Schiller Flexner, in a joint statement said: "Wright refused to give the Kleimans their fair share of what (David Kleinman) helped create and instead took those assets for himself".

The first bitcoins mined are worth a hefty amount now, but now Wright needs to prove that he is indeed the creator of bitcoin... especially since the creator has been shrouded in mystery since the inception of bitcoin back in 2008. 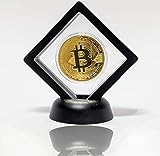