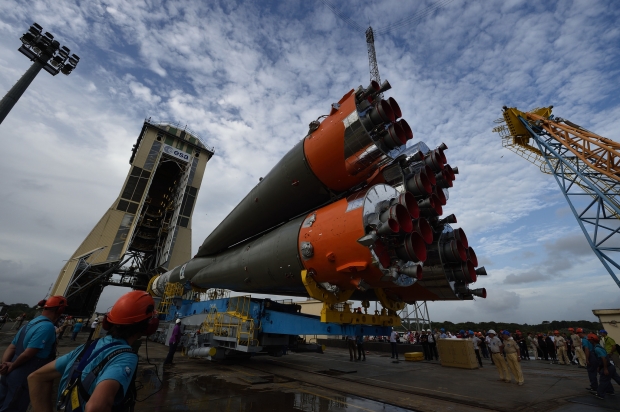 The VS26 launch was 8 minutes and 22 seconds from lift-off but was scrubbed due to the risk of lightning in poor weather. It has been rescheduled for 21:19 local time in Kourou on December 4th (00:19 UTC on December 5th).

The rocket used for the mission is a four-stage Soyuz ST-B Fregat and will be launching from the Guiana Space Center, the first Soyuz rocket from there in 2021. Soyuz rockets have been used to launch Galileo satellites before. The first two test-bed Galileo satellites were launched aboard a Soyuz rocket in December 2005 and April 2008, respectively, and were ultimately retired in July 2012. Other Galileo launches have also involved Soyuz, but they can only carry two at a time, so Arianespace has also used its Ariane 5 ES to carry four at a time for multiple launches.

Galileo is a constellation of global position/navigation satellites commissioned by the European Space Agency (ESA) and European Union (EU). 28 satellites currently make up the constellation (including the retired two), and now, more than three years after the last addition, another two are being added with this launch. Galileo-FOC FM23 and FM24 will be the next to join the constellation.