A crater may disappear long after a meteorite impact, but a new method of finding impact sites despite this has been uncovered. 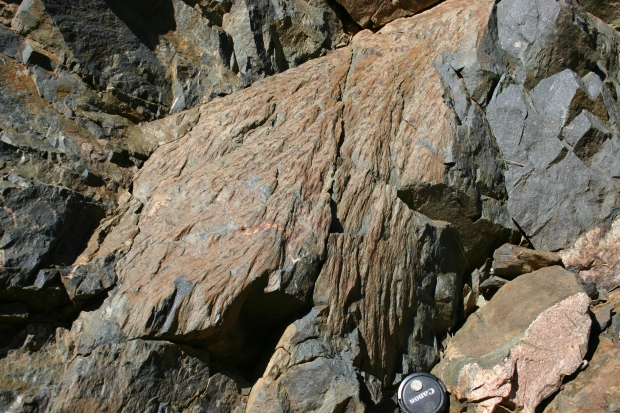 Gunther Kletetschka of the University of Alaska Fairbanks Geophysical Institute has identified the significantly reduced level of natural remanent magnetization in rock as the key to defining a meteorite impact site. Rocks naturally have 2-3% remanent magnetization, referring to the number of magnetic mineral grains they contain, typically magnetite, hematite, or both. When collecting samples from the Santa Fe Impact Structure in New Mexico (pictured above), Kletetschka found they contained less than 0.1% magnetism.

Kletetschka determined that during a meteorite impact, the plasma created and changes in the electrons within the atoms of the rocks being struck decreased their magnetism. The Santa Fe Impact Structure consists of many shatter cones, which are believed to form only when rock is subjected to high pressure and high-velocity shockwaves, for example, a meteorite impact. Before these telltale shatter cones are uncovered, this discovery allows scientists to identify an impact site that has eroded and become unrecognizable or define the extent of an already identified impact site.

"When you have an impact, it's at a tremendous velocity, and as soon as there is a contact with that velocity, there is a change of the kinetic energy into heat and vapor and plasma. A lot of people understand that there is heat, maybe some melting and evaporation, but people don't think about plasma. We were able to detect in the rocks that a plasma was created during the impact," said Kletetschka.

Earth's magnetic field can remagnetize atoms that have their magnetism lessened temporarily by shockwaves. However, Kletetschka found a weakened magnetic field at the meteorite impact site. Consequently, the de-magnetized rocks in the area never regained their remanent magnetism.

Kletetschka's paper was published in the journal Scientific Reports. You can read more from the study here. 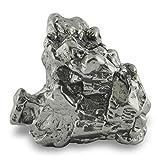