Four thousand five hundred sixty-nine exoplanets are orbiting distant stars elsewhere in the observable universe, and recently a massive batch of 301 exoplanets has been added to that total. 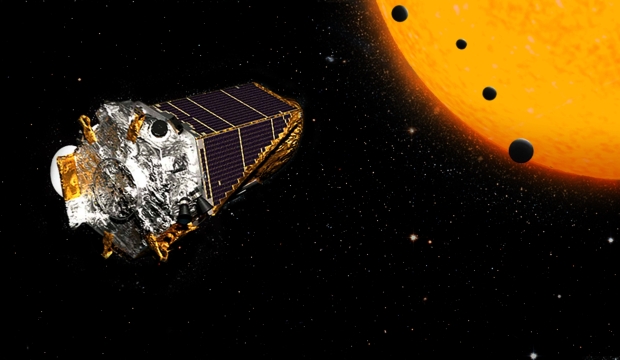 ExoMiner is a deep learning neural network, which has been running on the Pleiades, NASA's supercomputer. Using datasets fed to it, ExoMiner has developed the capacity to distinguish between genuine exoplanets and false positives without the need for human scientists to sift through the datasets themselves.

As scientists determine the criteria for and properties of exoplanets, they can train the neural network to identify these characteristics and decide what data fits them. The network learns from previously analyzed data where scientists have validated exoplanets and false positives.

The data used to train ExoMiner came from NASA's Kepler spacecraft and the K2 follow-on mission. With thousands of stars in the field of view of the Kepler space telescope and similar missions, all with the possibility of hosting exoplanets, it would take significantly longer for scientists to determine which of them do, compared to a neural network.

"Unlike other exoplanet-detecting machine learning programs, ExoMiner isn't a black box - there is no mystery as to why it decides something is a planet or not," said Jon Jenkins, exoplanet scientist at NASA's Ames Research Center in California's Silicon Valley. "We can easily explain which features in the data lead ExoMiner to reject or confirm a planet."

"When ExoMiner says something is a planet, you can be sure it's a planet," added Hamed Valizadegan, ExoMiner project lead, and machine learning manager with the Universities Space Research Association at Ames. "ExoMiner is highly accurate and in some ways more reliable than both existing machine classifiers and the human experts it's meant to emulate because of the biases that come with human labeling."

"Now that we've trained ExoMiner using Kepler data, with a little fine-tuning, we can transfer that learning to other missions, including TESS, which we're currently working on," said Valizadegan. "There's room to grow."

"These 301 discoveries help us better understand planets and solar systems beyond our own and what makes ours so unique," said Jenkins.

Unfortunately, none of the 301 newly identified exoplanets are believed to be in the habitable zone of their parent stars, meaning we won't be inhabiting any of them any time soon.

Make Your Own Neural Network