A group of astronomers discovered a hellish exoplanet where one year on the planet is really just a few days on Earth. 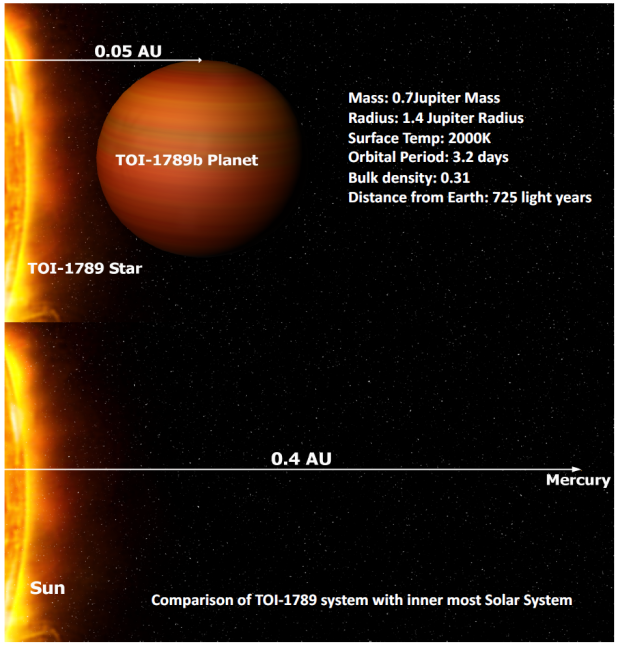 The team of astronomers from the Physical Research Laboratory (PRL) published a study in the Monthly Notices of the Royal Astronomical Society back in October, and it details the discovery of exoplanet TOI 1789b. The exoplanet is estimated to be around 1.4 times the size of Jupiter, with around 70% of its mass. Additionally, TOI 1789b orbits its star extremely closely, completing one full rotation around the star in just 3.2 days.

Being so close to its host star, the planet gets extremely hot. The researchers estimate that the planet can reach temperatures up to 2,000 K, or 3,140 Fahrenheit. Planets such as TOI 1789b are referred to as a "hot Jupiter", as they are similar to Jupiter but have very short orbital periods around their host stars resulting in them being hot. If you are interested in reading more about this story, check out this link here.