Roughly 500 light-years away in the Chamaeleon constellation, within its star-forming region is a reflection nebula designated IC 2631. 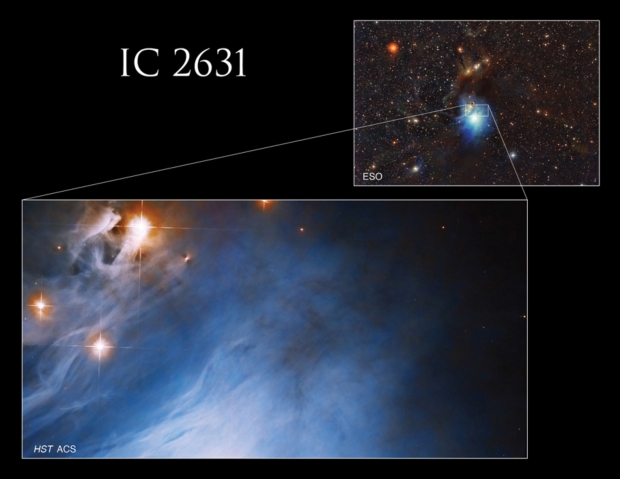 "Reflection nebulae are clouds of gas and dust that reflect the light from nearby stars. The starlight scatters through the gas and dust like a flashlight beam shining on mist in the dark and illuminates it. Because of the way light scatters when it hits the fine dust of the interstellar medium, these nebulae are often bluish in color," according to Hubble astronomers.

IC 2631 is the brightest nebula in the Chamaeleon Complex, where numerous protostars form and grow. Amongst the clouds of gas and dust, stars are born as clouds collapse under their gravity. The Hubble telescope can detect infrared emissions from the heat energy released from clouds contracting around a protostar. Once enough material gathers, and the protostar's core becomes dense and hot enough, it completes its transformation into a star. 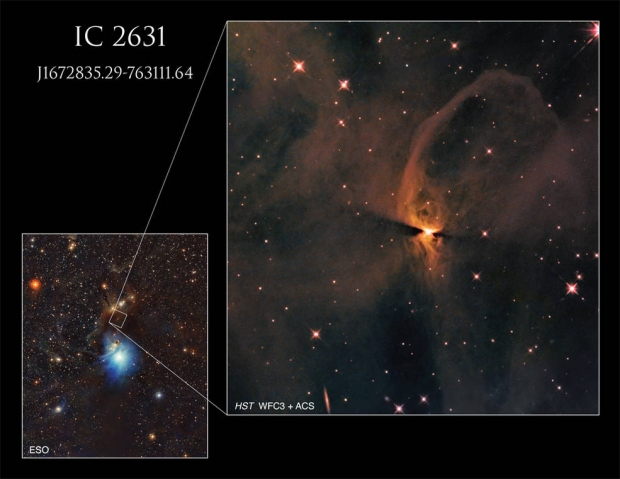 While the protostar J1672835.29-763111.64 was spotted in the IC 2631 region of the Chamaeleon constellation, in the constellation Aquila, another star-forming constellation designated G035.20-0.74 was captured, producing a beautiful image. 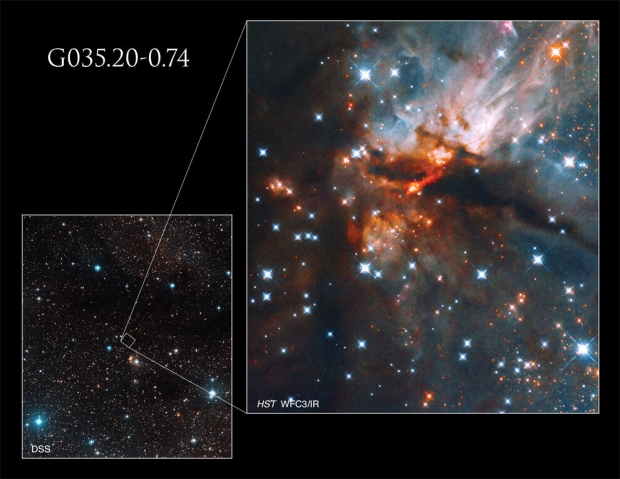 These images are part of a Hubble survey of 312 protostars previously identified with the Spitzer and Herschel infrared space observatories. Protostars are primarily visible in the infrared part of the electromagnetic spectrum since much of their energy is emitted as heat. The clouds of dust surrounding them obscure any visible light they emit. Combining these infrared observations with those from radio telescopes help researchers to see deeper into these hidden regions than they otherwise would.

More Hubble imagery can be seen on its website. 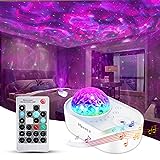