OWC has just announced their new Accelsior 8M2 SSD, which is the world's fastest PCIe 4.0 SSD with up to 64TB capacities and record-breaking 26GB/sec (26,000MB/sec) reads which is crazy. 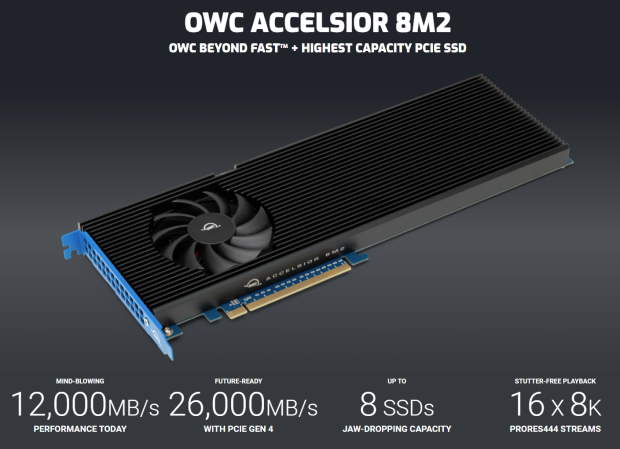 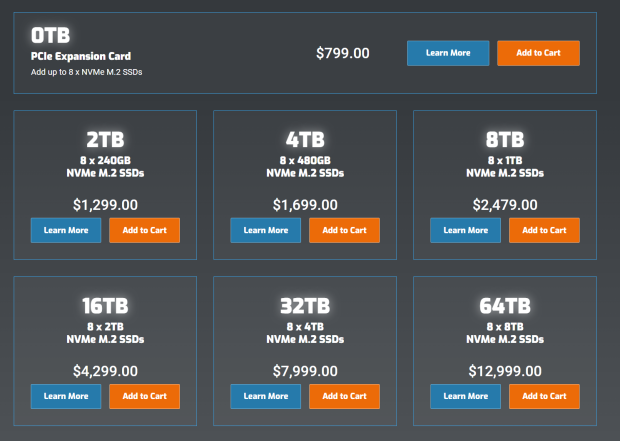 If you want the OWC Accelsior 8M2 on its own and throw in your own NVMe M.2 SSDs then the card itself, which still can handle 8 x NVMe M.2 SSDs, will cost you $799.