AMD is sitting on its hands right now riding out the wave of Intel's about-to-launch 12th Gen Core "Alder Lake" CPUs and the new Z690 chipset, with its own next-gen CPUs dropping in 2022. 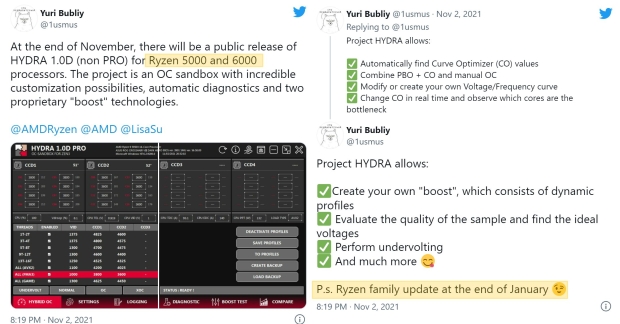 According to Yuri "1usmus" Bubliy, the creator of the DRAM Calculator and Clock Tuner for Ryzen says that AMD might be releasing new Ryzen CPUs in late January 2022. Bubliy says he's working on Project Hydra, a new tool that will support the current Ryzen 5000 series, and next-gen Ryzen 6000 series CPUs.

The second he said that there were instantly tweets asking what the hell is going on with Hydra and the new Ryzen 6000 series CPUs that no one else knows about. What we do know about the new CPUs is that they should be Zen 3-powered CPUs with new 3D V-Cache technology.

Yuri doesn't have information others don't, with VideoCardz reaching out to him and asking for a comment. Yuri said that it was an "educated prediction" based on the information he has, but when it comes to Project Hydra, we should see it ready by the end of November 2021 with preliminary support for AMD's new Ryzen 6000 series CPUs.

As for Project Hydra, it's an "OC sandbox" for Zen 3-based Ryzen CPUs that has performance and efficiency-boosting features. These include the automatic detection of Curve Optimizer values, the modification of voltages and frequency curve tweaks. Project Hydra also lets you create dynamic programs, and supports undervolting. 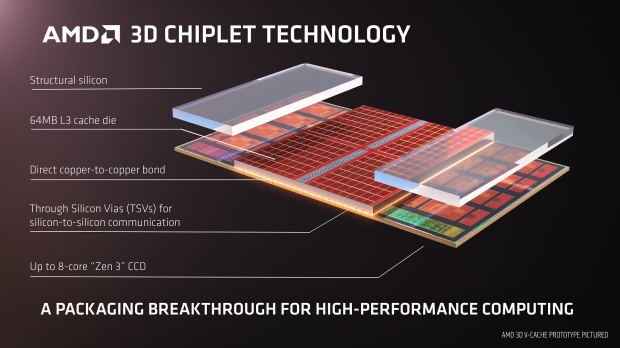 AMD's upcoming CPUs using their exciting new 3D V-Cache technology will have another layer of 64MB L3 cache added on top of the die. AMD says that the new 3D V-Cache will add up to 15% more performance in games on average, which is damn good -- is it enough to hold back Alder Lake?

We'll have to wait and see.