Diablo IV, which never had a release date to begin with, and Overwatch 2 have both been delayed past their original internal launch periods. 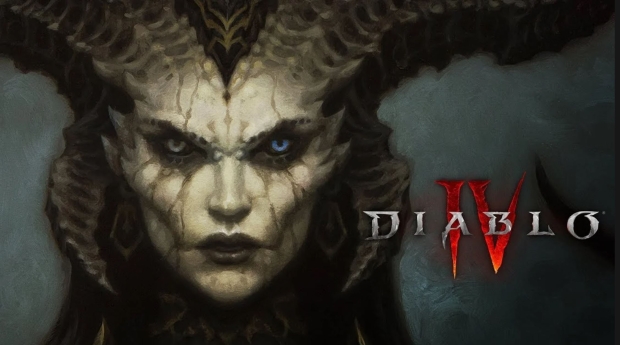 Today Activision-Blizzard announced thunderous Q3 results amid a zero-tolerance policy to fire employees who harass others. Nestled in the earnings presentation was a few game delays, namely from Blizzard, a segment that's being affected most from a "frat-boy culture" that has kicked off multiple sexual harassment lawsuits.

The team announces that Overwatch and Diablo IV have been delayed...despite either one of them actually having release dates. "While we are still planning to deliver a substantial amount of content from Blizzard next year, we are now planning for a later launch for Overwatch 2 and Diablo IV than originally envisaged."

"We have a deep bench of veteran development talent. We have new leadership on both Overwatch 2 and Diablo IV.

"The teams have made great progress and passed milestones recently. There's also been a change in leadership. We saw more time would allow deliver allow us to deliver a quality launch and more engaging content later on."

"More time will also allow us to significantly increase the size of development teams to deliver substantial content over time after launch."

This makes sense. Overwatch 2 is a mess--it's more like a premium expansion--and Diablo IV is indeed making progress artistically, but overall mechanics are all over the place. The company says its 2022 forecast will be affected. 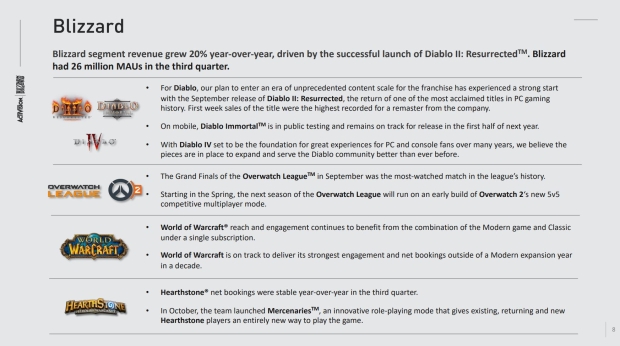