NASA has released a new video that details the launch of its highly-anticipated James Webb Space Telescope - the telescope that is said to replace the Hubble Space Telescope.

NASA and many contractors have been working on the JWST for many years and have experienced numerous delays attributed to technology challenges, the COVID-19 pandemic, and many other issues. But now, the space agency is nearing the end of the road for the telescope as it gears up for launch.

In the new video posted to the JWST YouTube channel, Webb's Mission Lead System's Engineer, Mike Menzel, explains that Webb has "300 single-point failure items, and they all have to work right. When you're a million miles from the Earth, you can't send someone to fix it". 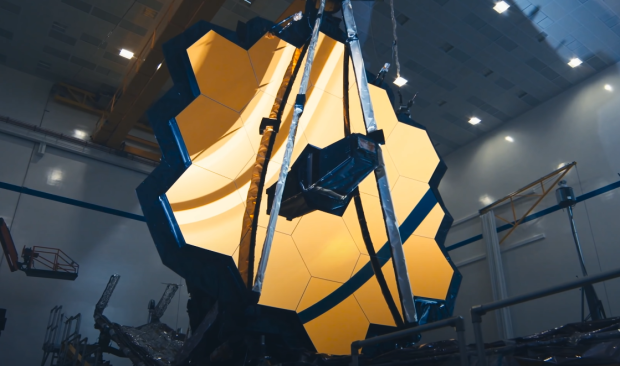 The telescope was designed to fold inside of a rocket, much like a piece of origami. Due to it being folded inside the rocket, the telescope will have to unfold itself out in space, which the engineers describe as the "most challenging part of the mission". It will take two full weeks to deploy the Webb telescope fully, and every critical step of its deployment must go to plan, or the mission will fail.

Once Webb is fully deployed and all instruments have cooled down to operational temperatures, the science fun begins as Webb will be used to explore the cosmos like never before. Researchers will use the incredible telescope to learn more about the origins of the universe and peer into planets to inspect their atmospheres.

Read more: You should be 'terrified' about the coming James Webb telescope launch