It's kind of hard to believe we're here, but we're here: you can now play Quake on the Nintendo Switch, using a mouse and keyboard. Check it out:

The folks over at idTechpics tweeted out a story from a Reddit user that was playing around with the Nintendo Switch version of Quake, using the USB ports on the dock to get his mouse and keyboard working. You don't need to use a wired mouse and keyboard either, with the USB ports on the dock allowing for some wireless KB and mouse action with the Nintendo Switch and Quake, too.

As for Quake itself, the remastered version includes both of the expansion packs from the original Quake: The Scourge of Armagon and Dissolution of Eternity. Just typing those words is an injection of nostalgia, as I played the hell out of the original Quake and its sequels and all their mission packs... but on a Nintendo Switch with a mouse and keyboard? Now that is awesome. 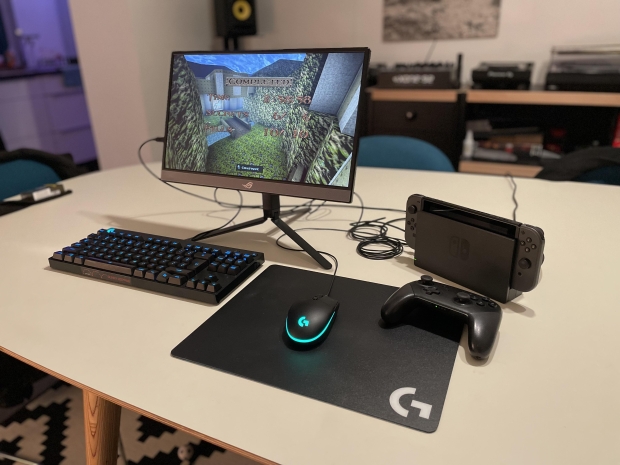