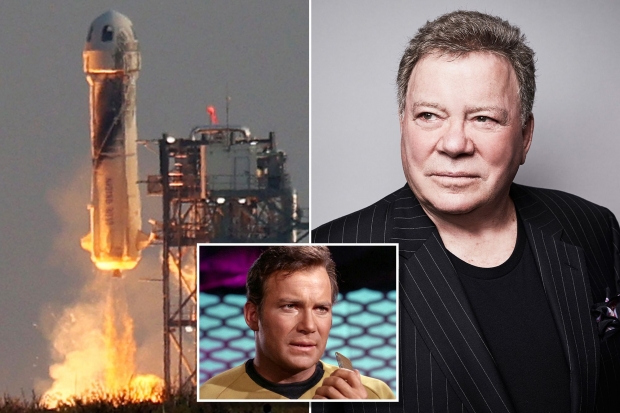 Shatner will join Bezos in a Blue Origin capsule that will be blasting away from the Earth for a 15-minute ride, all filmed for a documentary. Shatner might be going to space, but the mission is completely secret -- Shatner, or Blue Origin will be commenting on the news.

TMZ reported the news and I agree with what they said about what Shatner should wear, they said "BUT WHAT WOULD BE AWESOME -- is if he wears his Capt. Kirk getup". Yes, yes please... they need to do this, it would be amazing.

Shatner has paid an undisclosed sum for his trip on the Blue Origin, with $20 million paid at auction for the final civilian seat... we're sure Shatner is handing out the Benjamins for his seat on Blue Origin.