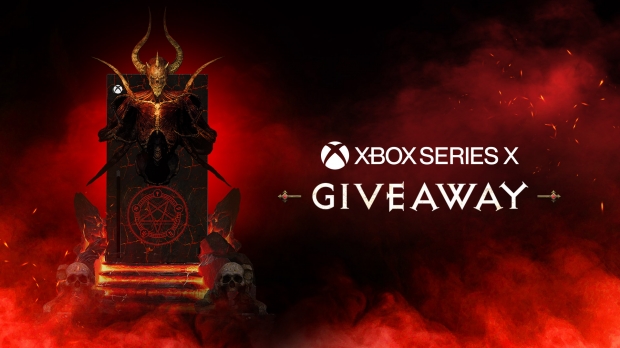 After 20 years, Diablo 2 is coming back. D2 Resurrected launches tomorrow on PC, consoles, and Switch, and Blizzard has been celebrating with some awesome giveaways. The first phase included two custom high-end PCs, and the second one, which is live now until 3AM EST, offers up a custom Series X with the Lord of Hatred himself slapped on the case.

You can enter for a chance to win by sharing your most prized Diablo possession via a Twitter response. Winners will be contacted via direct message, and Blizzard says the custom Mephisto-themed Xbox Series X console retails for a huge $889 USD.

Check out the official rules here but be quick because the contest ends tonight at 11:59PM PST (2:59AM EST).

Diablo 2 Resurrected launches tomorrow, September 23 on PS4, PS5, Xbox One, Xbox Series X/S, PC, and Nintendo Switch. We'll be taking a closer look at the console and PC versions of the game with upcoming coverage.