The whole process took 20 minutes to complete - we will walk you through the process we saw from the undisclosed location hidden in the back streets of somewhere. I was blind folded during transportation to the location, I swear!!

First of all, let me say I am quite aware there are already three methods of iPhone enabling, hacking, modifying or however you would like to put it. The first to surface was the soldering trick but this seems a little impractical for most consumers. The second was software modding the iPhone and paying a fee to do so but it seems AT&T has already shut that down or is in the process of doing so. The third which surfaced recently is similar to what we are going to show here but a little different - it involved modding your SIM with a special module adapter but we are unsure of all the details on the procedure of that mod... until now. 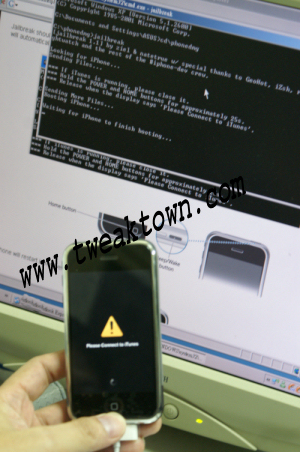 The first step is getting hold of an actual iPhone and for people trying to sell these outside of the USA, it can be quite challenging but they are around - that is for sure, we saw a few last night in a test lab. The second step is modding the iPhone firmware and software to trick it into later using an entirely different non-AT&T SIM card. There are 16 steps in total and they can be found here and here - we saw this being done last night and that process only took around five minutes, if you have done it before and know what you are doing. Once these steps were completed, it was time to mod a non-AT&T sim card.

Using our sources Super SIM module adapter, it was able to trick the iPhone into thinking that any SIM card is a proper and true AT&T SIM. Many people have talked about these types of devices but nobody has actually seen them and exactly how they work. 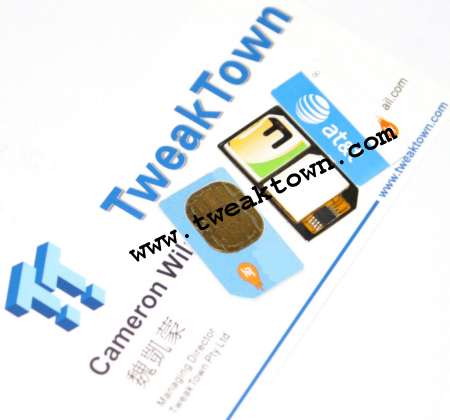 The above shot is the key photo out of all of these - from left we have the back side of an AT&T SIM, in the middle is the Super SIM (dual) adapter with the important controller which tricks the iPhone and emulates your SIM to be an AT&T issued SIM card. And on the right is the front side of an AT&T SIM card with the ICCID removed to protect our source. 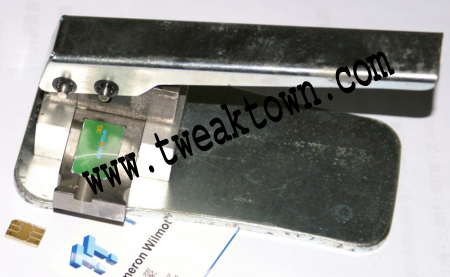 The makers of the Super SIM developed a simple SIM cutting tool since your SIM card will need to be modded to work in the SIM module adapter as you see in the photo further above. The SIM card ready to be chopped is mine but since we already had many cut (like the one you can see below the cutting tool), mine did not go through the torture but it just may if I end up buying an iPhone. The end result of cutting is that small cut up SIM you can see with the gold connectors showing but this is only if you want to use two SIM cards with the iPhone (since it allows for easy switching between SIM cards).

If you only want to use a single SIM inside your iPhone, the makers also have a single style and cheaper Super SIM adapter which does not require the use of the cutting tool; it can be done manually with scissors. You can see the single Super SIM module adapter in the shot below sitting in the middle. 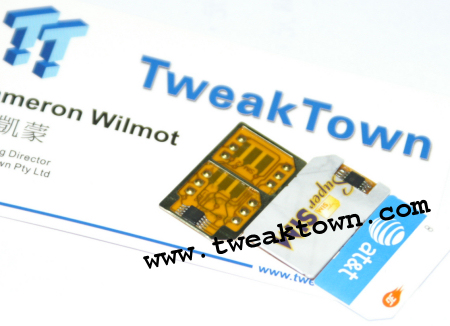 Once your SIM card has been modded, all we had to do was insert the Super SIM module adapter into the iPhone and we were off and racing! Below is a shot to prove it - connected to a non-AT&T network outside of the USA. I even called the phone to make sure it was legit (I hope we blurred out my number enough!) and sure enough it worked without a hitch. We even tested to calling to other phones and sending SMS messages both ways, also without any issues. The only part of the iPhone that did not work was the YouTube function but the makers are working on a fix right now before this solution hits the market. 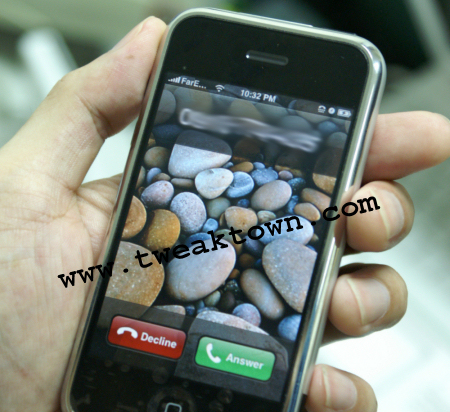 The maker of the Super SIM expects to start selling the iPhone along with the Super SIM to phone stores locally and around the world soon. They will not modify the iPhone in any way but will provide instructions on how to software mod the iPhone and also mod your SIM card to fit and work with their module adapter. Our source told us that stores will be responsible for providing this service to the consumer and the service fee will probably be included in the price of the Super SIM adapters and will all be done in the store at point of sale - behind closed doors, of course. The phone will be sold without any warranty.