Today Bungie will outline Destiny 2's ambitious future with its new Witch Queen expansion, which is unlike anything we've ever experienced before.

This year, Destiny turns 7 years old, a magical and mystical number for Bungie. The developer says its new Witch Queen expansion will deliver something new and mysterious and has been hyping its new expansion, The Witch Queen, for weeks now. Something big is on the horizon for Destiny 2 and there's speculation this could be Destiny 2's game-changing The Taken King moment.

Apart from the expanded content we also got our first look at Savathun, the macabre witch queen herself. In the teaser, Savathun, one of the most dreaded hive gods in existence, tells us "truth is a funny thing" amidst a sea of dead hive corpses. Bungie has also confirmed the Queen of the Reef, Mara Sov, will be coming back.

"Seven years of Destiny have led us here - to the precipice of an adventure unlike any we've encountered before. Join us and begin to understand what lies ahead. Will you survive the truth?"

The live stream will be up at 12pm EST on Bungie's Twitch channel. 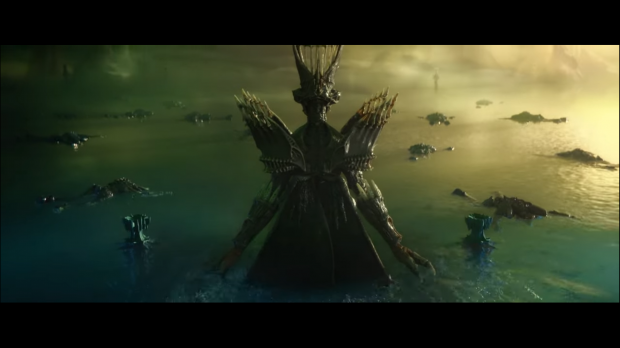