Researchers have been watching an asteroid orbit the some for quite some time, but now new research has pinpointed the date for when that asteroid has the highest chance of colliding with Earth. 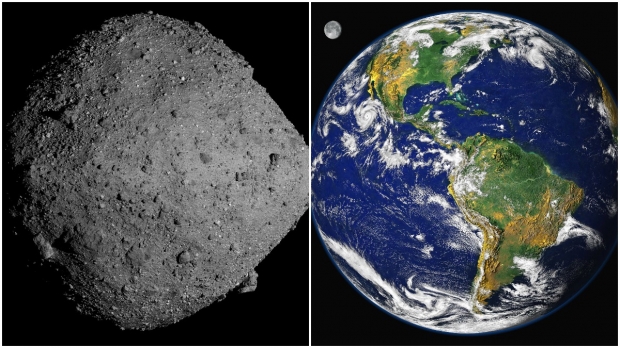 According to a new study published in the journal Icarus, researchers used data acquired by NASA's OSIRIS-REx spacecraft to measure the trajectory of the mile-wide asteroid named Bennu. Bennu has been orbiting the Sun for hundreds of millions of years, but according to researchers' highly accurate estimations, Bennu has a chance of colliding with Earth in the somewhat relative future.

The researchers calculated Bennu's trajectory and found that there is a 1-in-750 chance that the asteroid will collide with Earth over the next 300 years, which was a much higher probability than researchers previously estimated. The scientists also found that all of the closest encounters with Bennu will happen during the late 2200s and the early 2300s. Additionally, the researchers managed to boil the data down to a single date - September 24, 2182. During the afternoon on that day is the single likeliest time for impact as Bennu has a 1-in-2,700 chance of hitting Earth.