Australia was once home to what is now known as the largest known flying reptile, according to a new study. 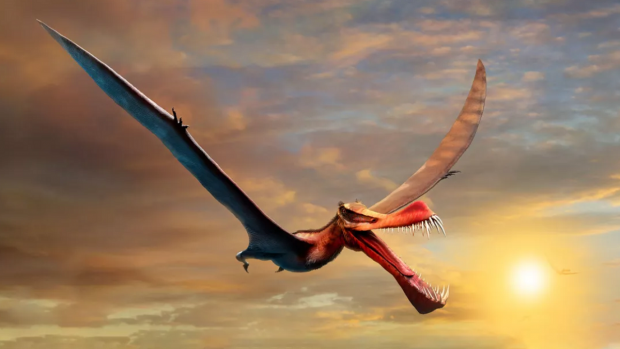 Researchers from the University of Queensland, Australia, have published a new study detailing a newly discovered species of pterosaur that is described as a "fearsome dragon" that once took to the skies in the Australian outback. Tim Richards, a Ph.D. candidate that led the study said that the new pterosaur is named Thapunngaka shawi and is "the closest thing we have to a real life dragon."

The researchers explained that the new pterosaur is the largest known flying reptile and that it would have been a "fearsome beast, with a spear-like mouth and a wingspan around seven meters", says Richards. Additionally, Richards said that the skull of the new species would have had more than 40 teeth in it, which would have been perfect for it swooping down to catch fish located in inland seas. It's believed Thapunngaka shawi populated the Earth as late as 66 million years ago and as early as 228 million years ago.

If you are interested in reading more about this new discovery, check out this link here.