At the end of April, NASA released a high-resolution video of its Ingenuity helicopter taking flight off the martian surface.

The video was captured by NASA's Perseverance rover that is currently stationed in the Jezero Crater. Perseverance is searching for ancient signs of life on Mars, and Ingenuity is being used as a scout to map efficient pathways for Perseverance and locate landmarks in the area. As NASA states in the description of the video, the first flight Ingenuity ever took on April 19, 2021, marking a milestone in human space exploration.

Since April, Ingenuity has taken more flights and has blown past the NASA engineers' expectations. If you are wondering the total distance Ingenuity has flown since it first took flight at the end of April, the calculations have already been done for you - here. In other space news, Elon Musk's SpaceX has recently taken the crown for having created the tallest rocket ever, and Perseverance has begun collecting its first samples. 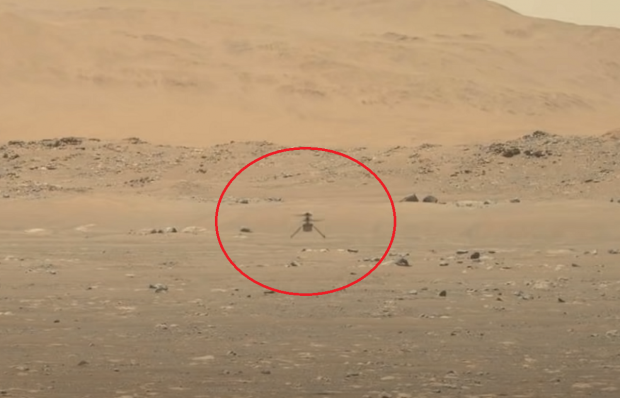