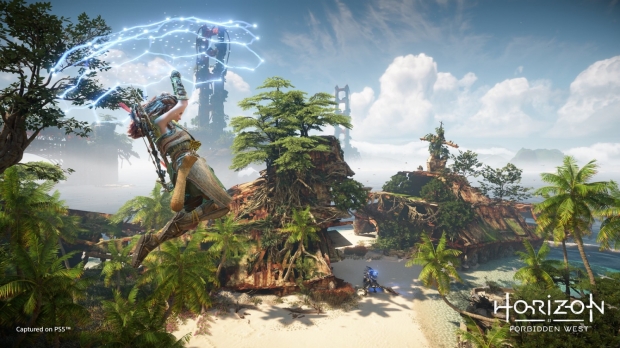 Sony and developer Guerrilla Games has apparently decided to push back one of the year's biggest PlayStation exclusives. Sources say Horizon Forbidden West, the sequel to 2017's Horizon Zero Dawn, will no longer meet its 2021 release slate. The game is instead being delayed to early 2022, and it's possible the game will launch before Sony's fiscal year ends on March 31, 2022.

The sequel is a much more ambitious game and features major innovations over the original including free climbing, a grappling hook, and even a glider for open-world exploration. It will also fully leverage the PS5's capabilities with high-end visuals and instant loading times.

Horizon Forbidden West caught flak from gamers when it was announced as a cross-gen release on both PS4 and PS5. Sources say this was always part of the plan, and Sony expects 70% of this year's games earnings to come from PS4. Although PlayStation 4 console sales have significantly petered out, Sony is hesitant to turn its back on 114 million PS4 owners.

Sony will support the PS4 until at least 2023 alongside the PS5.

COVID-19 restrictions have wreaked havoc on many industries, namely the billion-dollar entertainment industry. Gaming in particular has been strongly affected as developers must coordinate game iteration at home instead of at offices, making communication much more strained. Game dev is already a complicated, messy process, and working from home has disrupted valuable workflows.