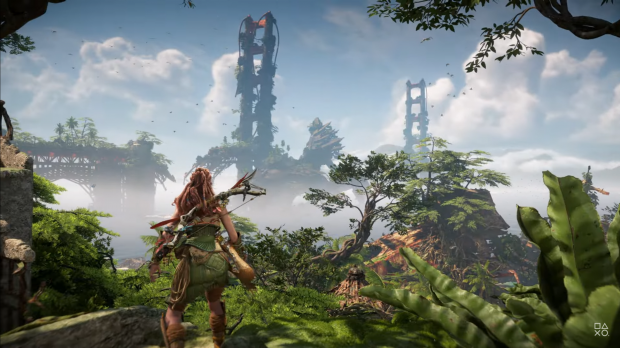 Sony and Guerrilla just showcased Horizon Forbidden West gameplay footage running directly on a PlayStation 5, and the game looks incredible. The world is vibrant, bright and tropical, combat is fluid and chaotic, and the facial animations are top-notch. What really caught my eye was the new toys that Aloy can use in battle. 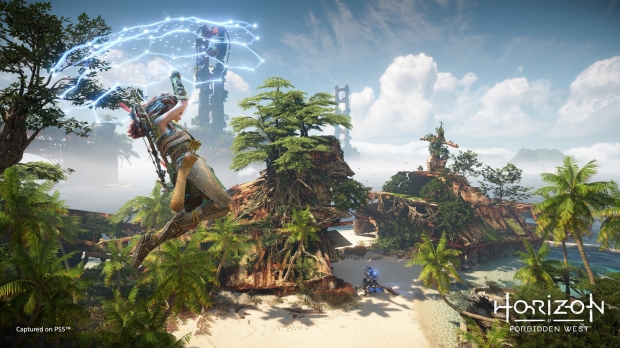 Horizon Forbidden West features a bunch of major new additions that add a new dimension to traversal and combat. Aloy now has a Shield Glider that she can use to fly around the map, lifting the glider straight out of open-world Zelda games. 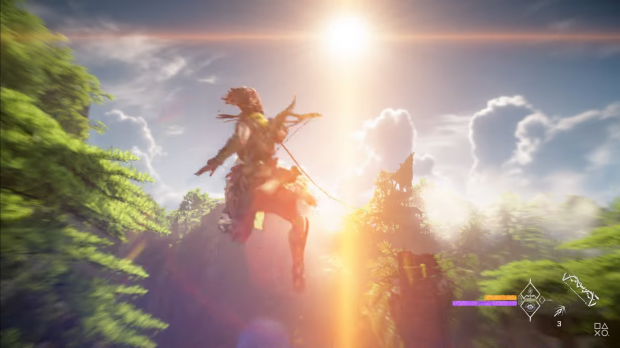 But a glider isn't enough; Guerrilla also adds the other perfect piece to the puzzle with a grappling hook. It's called the Pullcaster and it "speeds up climbing and can get you quickly out of trouble," the devs say. 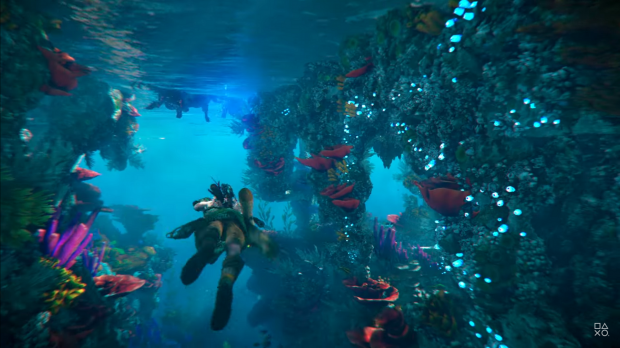 Oh, and the underwater mask will let you stay submerged for as long as you like. That's awesome.

There's still no release date for Horizon Forbidden West, but check out more details below along with the live stream.