Remember that auction winner who spent $28 million on a Blue Origin mission to space? Yeah, well, he's busy... and he can't go -- scheduling conflicts and all that. 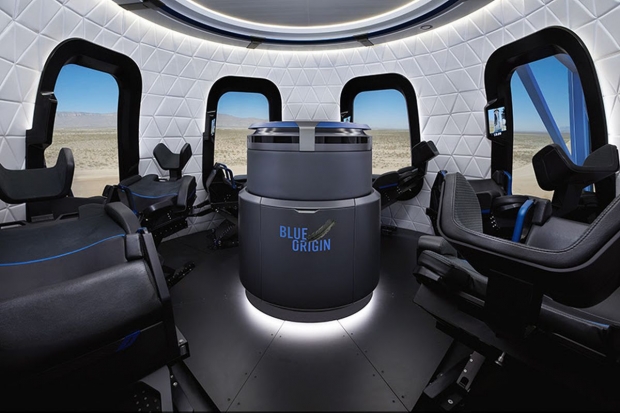 Blue Origin announced today that the anonymous winner wouldn't be able to jump on the Blue Origin New Shepard mission on July 20 over "scheduling conflicts". One would think after spending $28 million on a once-in-a-lifetime trip to space, you'd clear your schedule for it... not have something else come up on your schedule.

In his place will be 18-year-old Oliver Daemen, who will become the youngest person into space. His father purchased his Blue Origin ticket for an undisclosed sum of money, but I'm sure it would not have been cheap. Daemen will join Amazon and Blue Origin founder Jeff Bezos, along with his brother Mark Bezos and Wally Funk -- who will become the oldest person in space at 82 years old.

The $28 million auction winner wishes to remain anonymous, and will now fly up to space in Blue Origin's future Shephard missions instead. I don't know how the 18-year-old is feeling right now, because if this $28 million winner didn't step aside he wouldn't be making history right now.

Instead, Daemen is going to be one of the most popular people on the planet right now, over the next week, and in history as he becomes the youngest person in space. Thanks, anonymous $28 million auction winner.