Sabrent is nearly ready to unleash its insanely huge and equally as insanely fast Rocket 4 Plus Destrroyer SSD into the world, which will wink all other SSD battleships -- with 32TB of PCIe 4.0 storage offering a bandwidth-explosive 28GB/sec.

Yeah, that's 28GB/sec (or 28,000MB/sec) run by our own in-house Storage God, Jon Coulter, who has hands-on with Sabrent's wicked-fast Rocket 4 Plus Destroyer SSD. What we have here are 8 x Sabrent Rocket 4 Plus SSDs on Highpoint's new FnL AIC NVMe RAID card. 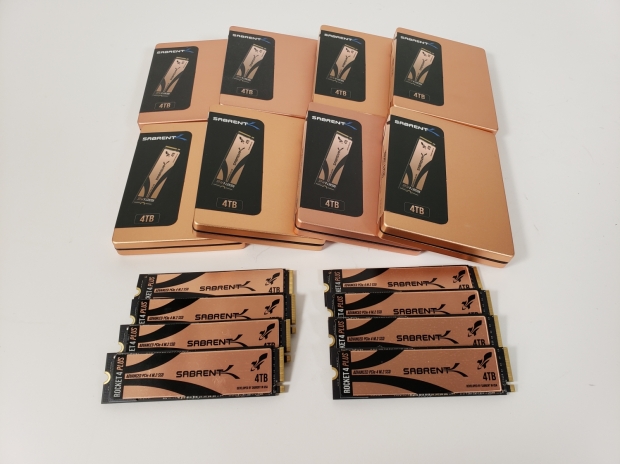 If we go back to the days of the WD Raptor 36GB (yes, that's 36GB -- gigabytes) with its super-fast and super-loud 10,000RPM mechanical HDD dominance... then you'd remember the world of 100MB/sec+ but also I'm sure you're glad you're reading this and not listening because your hearing would be shot. 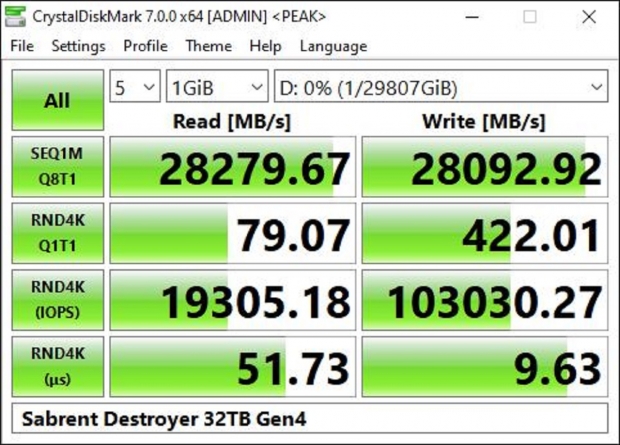 Sure, those numbers are off -- but they're a good goalpost to look at. Let's say you had 4 x RAID0, you're so limited by the bandwidth of the older PATA, SATA, SSD standards that weren't even touching 500MB/sec in those days. The first-gen SSDs were maxing out SATA1 back in the day @ 500MB/sec easily.