A rare sighting of an octopus that is so transparent that you can see its internal organs and digestive tract has been caught on video.

The video has been posted to the Schmidt Ocean Twitter account, and according to the post, the footage of the octopus is "extremely rare". Researchers suspect that the species of octopus is Vitreledonella richardi, or more commonly known as a Glass Octopus. The researchers managed to capture the amazing creature while on an expedition near the Phoenix Islands Archipelago.

Dr. Jyotika Virmani, executive director of Schmidt Ocean Institute, said, "Working with scientists and local researchers, this expedition is a remarkable example of the frontiers of science and exploration that we are able to support. Live-streaming the dives gives us a glimpse of rarely seen and fascinating creatures such as the transparent glass octopus. By providing this platform to further the understanding of our ocean, we trigger the imagination while helping to push forward scientific insights and the protection of our underwater world."

The Glass Octopus was originally discovered in 1918, but scientists have been unable to study it extensively due to how difficult it is to capture it on video as it lives at extreme depths. However, researchers do know that Vitreledonella richardi can grow up to 17.7 inches, their eyes are rectangular, and that their suckers are small and far apart from each other. 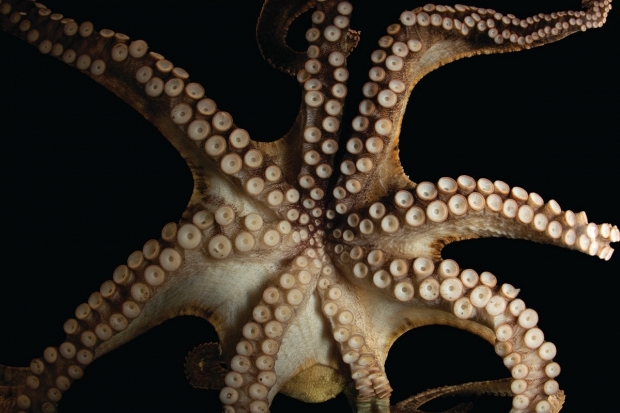