Sony's new push to $69.99 next-gen PlayStation 5 games has already caught hold in the industry, but now the games-maker could set a new precedent: Charging extra for next-gen releases of current-gen titles. 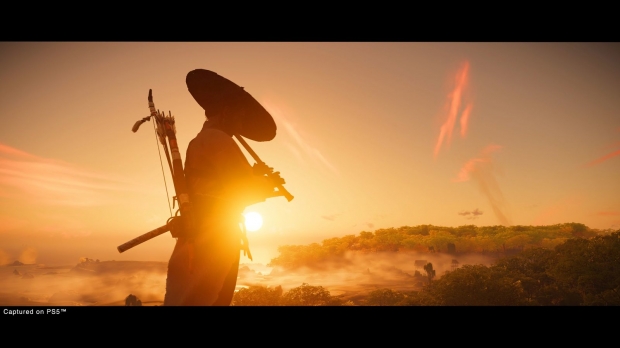 Ghost of Tsushima is coming to PlayStation 5 not as a free upgrade for users who bought the PS4 version, but as a new $69.99 SKU. Sony is re-releasing Ghost of Tsushima on PS4 ($59.99) and PS5 ($69.99) in a GOTY-style Director's Cut SKU, which comes with all DLC, extra content, a new Iki Island expansion, and next-gen upgrades. The extra content ensures Sony isn't charging PS5 owners $10 extra just for next-gen optimizations and serves as extra justification for the price jump.

What if you already bought Ghost of Tsushima for $59.99 on PS4 when it came out, and now own a PS5? You have two options: Upgrade to the Director's Cut PS4 version for $20 extra and play the game in backward compatibility mode on the PS5, or you can buy the next-gen upgrade for $30 that unlocks faster load times, haptic feedback, and enhanced visuals. Yes, Sony is partly paygating next-gen features in an older PS4 game. Gamers aren't too happy about this.

Gamers on the PS5 subreddit plan to wait for a price drop, which is a similar sentiment to Returnal's hefty $69.99 launch price. The general consensus across over 3.5 thousand comments is that Sony is pushing its luck.

A Techradar post that criticizes the price hike has skyrocketed to over 18,000 upvotes on the PS5-devoced subreddit.

"Makes the decision easy for me to wait it out and get it cheaper down the line,"said k2theablam.

"Eh with Sony raising prices to a ridiculous 80 f-ing euro I wait with 99%.of games nowadays. I used to buy a lot of games on release but no more with these prices," 3choblast3r said.

"That's the case for every PS5 game so far for me since Sony decided to increase the price from 60€ up to 80€. While I would have bought some of these games for 60€ at release I'll just wait now till it's 30€ or lower since I have to wait anyway," said mariomeister.

I just don't want other companies following suit. If this sells out then it sends a message to Activision, EA, 2K, Nintendo, Altus, Square Enix, and the list goes on and one day will hit PC in this form...

On PC it's just "the game at this price". That's what it should be, always.

"But this is the actual platform holder that is charging us extra to play a game we already own...... While the competition hands out next gen upgrades for absolutely nothing," Wolf-Eyes-Dark correctly says.

However, I recently predicted the days of free next-gen upgrades are coming to an end.

Redditor Siriacus makes a good point. Instead of over-monetizing its limited PS5 userbase, Sony and Sucker Punch should've just separated the expansion as an optional buy and offered the next-gen upgrades for free. Of course that would eliminate one of the major reasons to buy the game at a new $70 price tag.

"Isn't it basically a DLC with performance upgrades? Maybe they should have split it up and made the QoL upgrades free at least."

"This is a first party studio - if there is anyone who should be doing this for free it's them. This should be a fantastic opportunity to show the power of the PS5, to show the value in the PlayStation ecosystem we've invested in and to show us that we can still purchase PS4 games for the PS5 without concerns like this," Fakebrian says.

The comments go on to stress how frustrating this price hike is for gamers, fans, and early adopters of the PlayStation 5.