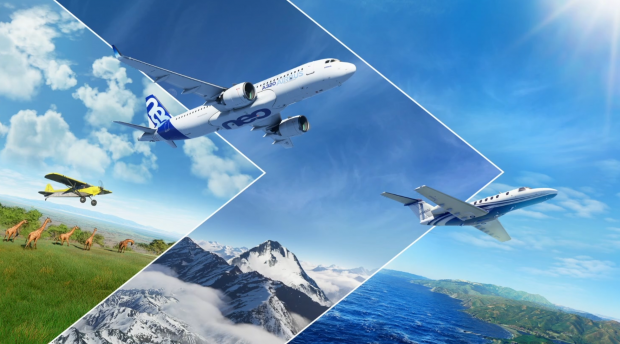 Microsoft's Flight Simulator used to be one of the most demanding PC games ever made, but a new update introduces significant engine optimizations that drastically reduce hardware usage.

"We have re-written a lot of the parts of the engine, the architecture, in order to get the maximum performance of the sim and minimize resource memory bandwidth footprint," Asobo Studio CEO and co-founder Sebastian Wloch said in a recent Flight Sim stream.

"We haven't finished doing our tests and PC is a very complex platform so I can't say everybody is going to get the same frame rates [or other performance boosts]."

Before the update, the game about 35-40FPS with 100% CPU and 16GB of RAM memory used in a congested NYC Manhattan scene on a PC with an Intel Core i7-9700K, NVIDIA GeForce RTX 2060 Super with Ultra graphics with upscaled 4K visuals.

After Update 5, FPS was practically doubled, RAM usage was down to just 4.7GB (a 70% reduction).

"We did two forms of improvements: a lot of CPU optimization and rer-architecting and moving around things, with some GPU improvements too."

"The CPU is 75% only so it truly moved the work over and now the CPU is free so now you can even run other stuff in the background which is not going to make your sim stutter any more. You can see the memory is down to 14GB and the Sim is down from 16GB to 4.7GB. Frame rate is 54FPS, in this case it's really hard for the system."