Doom Eternal could be coming to raze hell on VR headsets, and it might be a big announcement for Quakecon 2021. 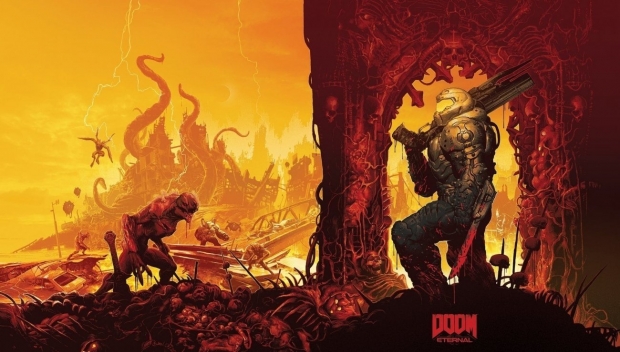 The Australian ratings board just classified a mysterious id Software game with the curious designation 2021B. The same ratings authority listed Doom VFR as 2021A, so speculation insists the game could be Doom Eternal VR. The game is listed as a multi-platform experience and isn't explicitly listed as VR, however.

Nothing's been confirmed at this point. The new project might be more Doom DLC or perhaps a new game. id says they've had plans for more Doom content for a while now.

"...there are many more stories that can be told in the Doom universe because we have built a universe that is deeper than ever," id Software's Marty Stratton told 3D Juegos in March.

"In that universe there are so many games to do. So no, this is not the end of Doom, it is the end of the Slayer saga. But you know, he is basically immortal and there are many other things that we can do in this universe that we have created."

There's also rumors of a Quake reboot with a female protagonist.

Whatever the case, expect some sort of announcement at this year's Quakecon from August 19-21.