Elon Musk has been great at totally disrupting entire industries with his companies, like PayPal, SpaceX, and Tesla just to name a few.

SpaceX is currently building out its next-gen Starship launch vehicle system, with Elon teasing an upcoming test flight of the new platform. SpaceX will be using Starlink to blast off into space, onto the Moon, and onwards to Mars -- but what about the benefits of the hypersonic rocket technology here on Earth?

That's where SpaceX could revolutionize the airline industry with a hypersonic rocket blasting passengers across the world at speeds simply impossible right now. Back in 2017, SpaceX teased that its Starship vehicle could deliver 100 tons to Lower Earth Orbit (LEO) between LA and New York in just 25 minutes... compared to 5 hours and 25 hours with a commercial airline.

Congress has been handling budget proposals over the last month or so, with over $200 billion being invested into US-based chip manufacturing -- while the United States Air Force is requesting $48 million to test rocket that would be capable of transferring cargo to any point on the planet.

The US Air Force asked Congress: "The Department of the Air Force seeks to leverage the current multi-billion dollar commercial investment to develop the largest rockets ever, and with full reusability to develop and test the capability to leverage a commercial rocket to deliver AF cargo anywhere on the Earth in less than one hour, with a 100-ton capacity". 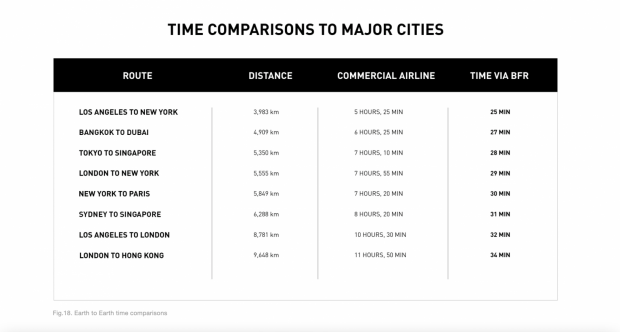 SpaceX can really rocket along with its Starship, as it's capable of hitting a top speed of 17,000mph (27,000km/h) but that insane speed won't be used on the hypersonic rockets that would potentially take the airline industry into the future.

The hypersonic flight test would see the first tests hitting over 3000mph, and if that is a success we could see the airline industry completely change. International travel would be 5-10x faster, making travelling large distances a much faster experience.

Not just for the airline industry, but for the US Air Force blasting devices and packages (weapons, supplies, etc) across the planet in a matter of minutes or an hour... versus many hours with a traditional military plane, helicopter, or ships.

Facing the Heat Barrier: A History of Hypersonics