Today Devolver Digital revealed a ton of interesting and weird indie games. Wizard With a Gun was one of them. The game is described as an online cooperative sandbox game with an emphasis on crafting and survival. The grid-based tilesets and strange wilderness instantly conjure up Don't Starve, and the entire map seems to be floating in the void, not unlike the old-school SEGA Genesis classic Toejam and Earl's weird planet explorations. Wizard With a Gun's biomes are also randomly generated, just like Toejam and Earl's maps. 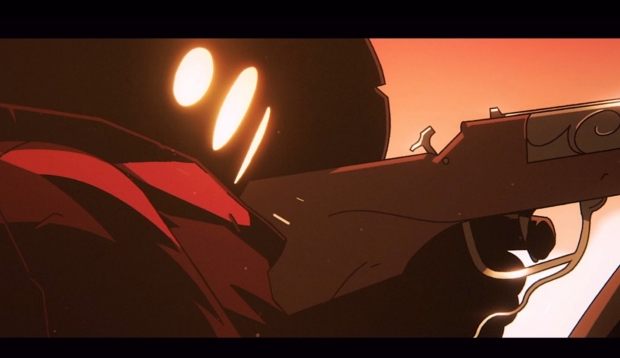 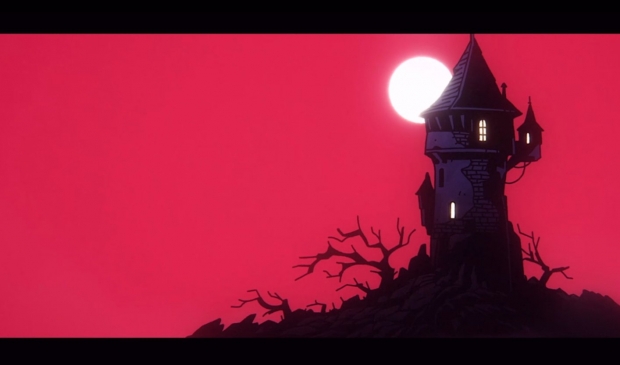 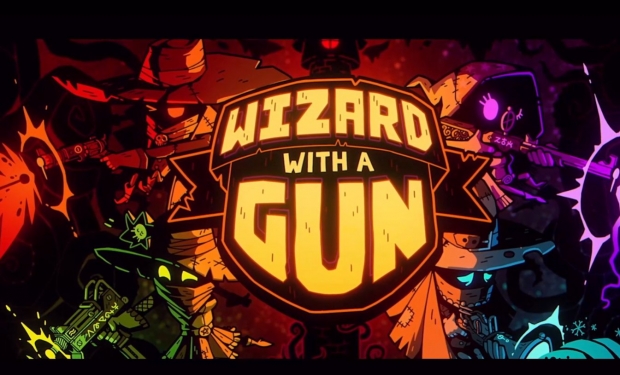 The opening sequence of the reveal was totally reminiscent of Ralph Bakshi's older Wizards animated film, featuring a gritty and colorful visual style. The in-game art is also dark and brooding with stark shadows and lots of maroon tint.

Galvanic Games says Wizard With a Gun will have five-player co-op, and it's coming to Switch and PC sometime in 2022. 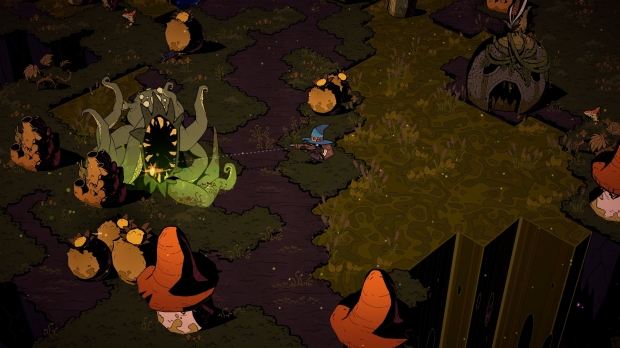 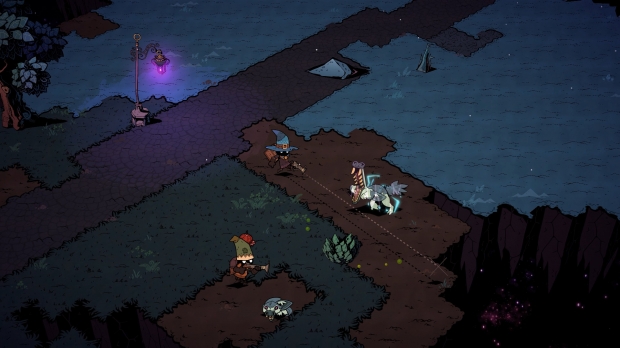 Wizard with a Gun is an online cooperative sandbox survival game set in a magical wilderness wrought with dangerous creatures and arcane mysteries. Embark on a journey alone or with friends to collect, craft, and outfit your wizard however you see fit as you explore the unknown. Carefully design weapons, bullets, and furnishings for your tower home but try not to burn it all down as the magic you wield escalates beyond your control...

Collect resources from the world and craft unique enchanted ammunition for your arsenal of guns. Combine elements for intended or surprising effects that alter the shot, blast radius, bullet trail, and even the status of the creature in your crosshairs

Create a dazzling wardrobe for your magic wielder from robes and hats to armor and accessories - functional and fashionable in a way that's sure to impress.

Explore and uncover new sections of the world filled with deserts, swamps, tundra, and prairies - all loosely floating together through space and time after the world was fractured. Unleash cosmic power from the safety of your tower to reset the world and emerge once again to find a new layout to once familiar lands.

Survive alone or with up to four other wizards in online cooperative play to combine resources, magic, and creativity in your tower building. Or just watch it all burn down together - the choice is yours.

Experiment with new spell combinations and find out how they affect enemies and the world around you the hard way. Creative arrangements can lead to powerful creations that overwhelm your foes while untethered amalgamations can be a recipe for disaster!