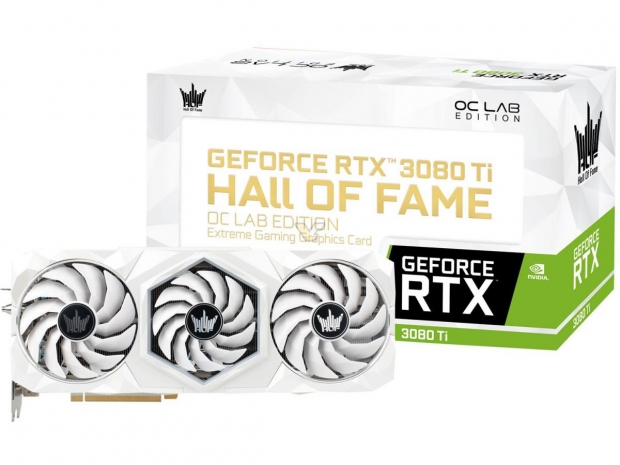 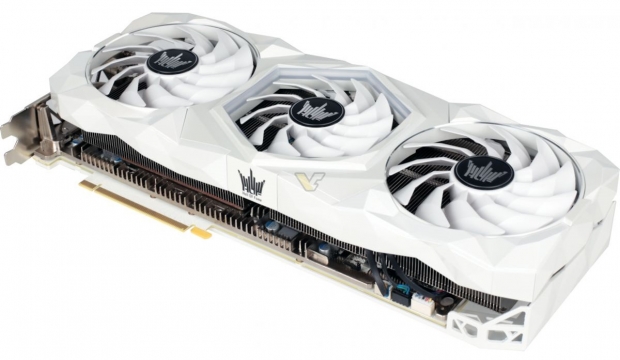 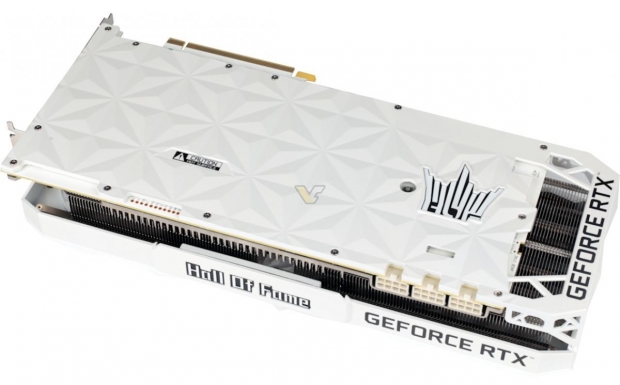 There's only a few photos of the card so far, and no nudes -- so no PCB shots to see the major differences between the RTX 3080 Ti and RTX 3090 Hall of Fame graphics cards. We can see that the new GALAX GeForce RTX 3080 Ti HOF will require 3 x 8-pin PCIe power connectors, just like the RTX 3090 HOF.