Artificial intelligence (AI) now has the capabilities to predict space weather that is caused by our Sun accurately.

Researchers from the University of Graz have created a new neural network that allows for artificial intelligence to reliably predict changes in the Sun's coronal holes from space-based observations. As you already know, the light emitted from the Sun plays a vital role in our existence here on Earth. Additionally, the light from the Sun interacting with Earth's magnetic field can influence our electronics, and in extreme cases, when the Sun blasts Earth with too many charged particles, our electricity grids can be temporarily knocked offline by geomagnetic storms.

Now, the researchers have developed a new neural network that examines some of the dark regions on the Sun called coronal holes. The location and size of coronal holes depend on how much solar activity is occurring on the Sun. Researchers are tasked with observing these coronal holes and their movements to predict space weather, which can then affect us here on Earth.

Robert Jarolim, a research scientist at the University of Graz and the lead author of the study that was published in the journal Astronomy & Astrophysics, said, "The detection of coronal holes is a difficult task for conventional algorithms and is also challenging for human observers, because there are also other dark regions in the solar atmosphere, like filaments, that can be easily confused with a coronal hole." 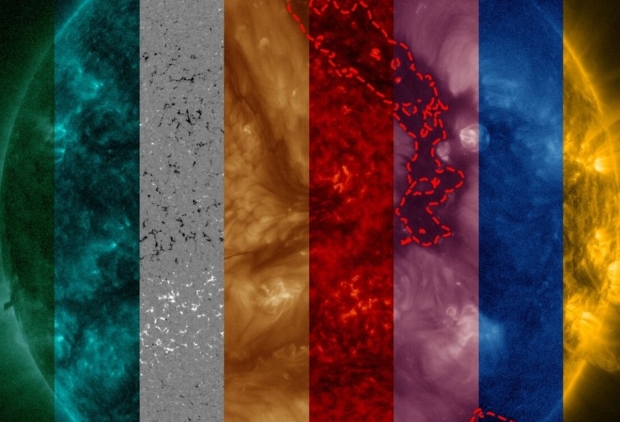 Tatiana Podladchikova, assistant professor at the Skoltech Space Center and a co-author of the study, said, "This is a promising result for future ground-based coronal hole detection, where we cannot directly observe coronal holes as dark regions as in space-based extreme ultraviolet and soft X-ray observations, but where the solar magnetic field is measured on a regular basis."