Halo Infinite will enjoy a decent E3 2021 reveal video during the Xbox & Bethesda E3 Showcase, but we're hearing some early reports on the graphics and... they're not good at all.

YouTuber and Microsoft insider Coalteastwood has said that Halo Infinite still looks like sh*t, just more polished turd I suppose. He said during his latest show: "343 will show a small feature on the campaign and upgraded visuals. Testers are saying that Halo Infinite looks improved, but not the mind-blowing top-tier visuals we come to expect from 343 and the largest tentpole franchise on [Microsoft's] platform".

So on Microsoft's most powerful console ever made, and the most powerful next-gen console (Xbox Series X > PlayStation 5 > Xbox Series S) and yet their flagship franchise (Halo) doesn't have "top-tier visuals". What is going on, 343i + Microsoft?

Coalteastwood thinks that Microsoft will have a heavy focus on the multiplayer of Halo Infinite, which is said to be free-to-play and will reportedly have a Battlefield-inspired mode that we'll get a better look at during the debut. There's a rumored September 2021 launch date, which I'm sure Microsoft will confirm during the show.

Coalteastwood added: "A big emphasis for the show will be a huge, varied showcase of the multiplayer suite coming to Halo Infinite Online, a free-to-play model that will literally bring in millions and millions when the game launches in September of this year".

"There's rumors Halo Infinite will show a brand-new Battlefield-inspired competitive and cooperative team-based mode, with an arsenal of big vehicles and weapons across maps much larger than Halo's ever had. Not a battle royale, but more like an amalgamation of battle royale, Battlefield Conquest, and full-on Halo multiplayer madness. Expect a demo for online play to release just after the event closes". 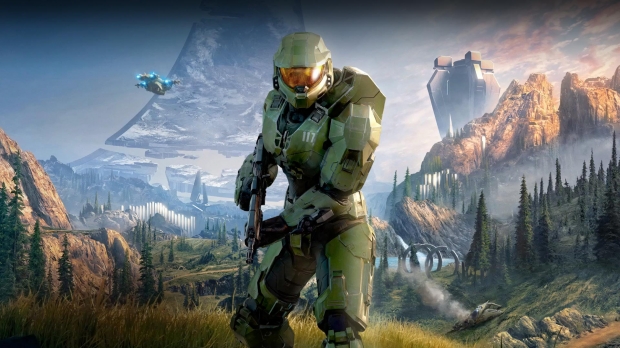