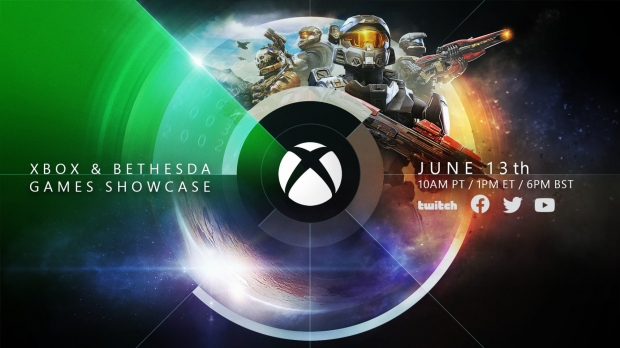 Halo Infinite will be the major headliner and the teaser image shows various skins from beloved Halo generations as well as a glimpse at a new rifle, possibly a Brute carbine. Starfield will also be at the show (look at the lower left corner of the image).

"The show will be focused on games from Xbox Game Studios, Bethesda, and many game creators from our partners around the world.

"You've told us how excited you are about welcoming Bethesda into the Xbox family, so we know you're going to want a front-row seat to the Xbox & Bethesda Games showcase - a 90-minute show packed with everything you want to know about the epic gaming lineup coming out of this partnership, the incredible games coming to Xbox this holiday, upcoming releases on Xbox Game Pass, and more."

Here's how to watch: