The atmosphere of Mars is quite dry and thin, which is why its surprising when clouds form on the Red Planet.

Usually scientists find clouds forming around the equator of Mars, when Mars' orbit takes it furthest away from the Sun. To researchers surprise the Curiosity rover saw some clouds forming above it much sooner than first anticipated. The researchers saw cloud filled with ice crystals that caused the Sun's light to be scatter, which gave off some colors.

As you can probably imagine, discoveries such as this one have led scientists to a deeper understanding of how clouds form on Mars. So far, researchers understand that clouds that form on Mars typically sit an altitude of about 37 miles. However, the clouds that Curiosity managed to spot were much higher, which led scientists to believe that they are made of frozen carbon dioxide, or dry ice. For more information on this story, check out this link here. 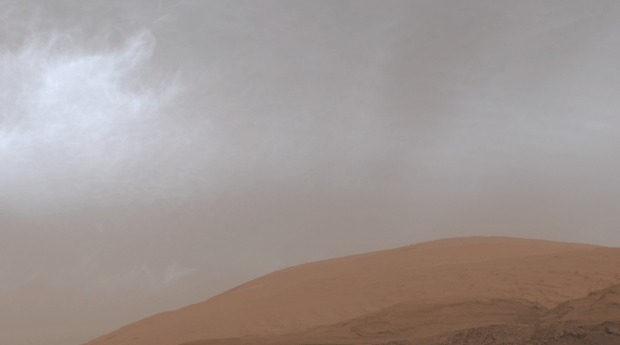