We all know that the Milky Way galaxy is a large place, but to put things into the right perspective of how big the universe is, we need to look at a recent image from Hubble. 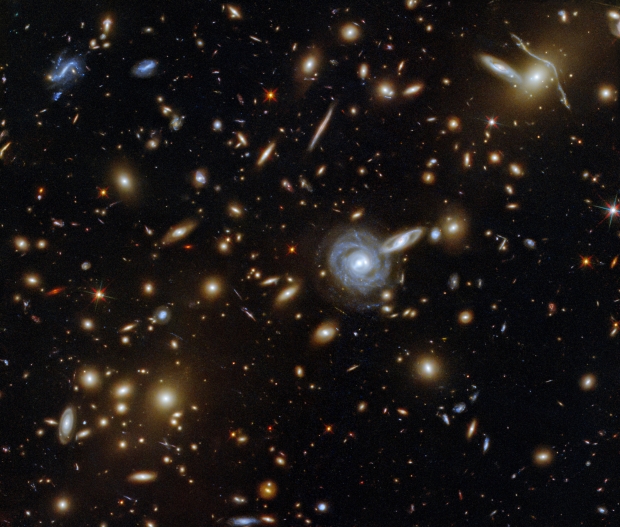 NASA has released a brand new image taken by the Hubble Space Telescope, and according to NASA, what we are looking at in the above image is the galaxy cluster called ACO S 295. NASA says that the above image is a galactic menagerie, and it shows off a bunch of different galaxies of all shapes and sizes.

The galaxy cluster in the center is probably what catches your eye first, and here's why, "The galaxy cluster dominates the center of this image, both visually and physically. The cluster's huge mass has gravitationally lensed the light from background galaxies, distorting and smearing their shapes. In addition to providing astronomers with a natural magnifying glass with which to study distant galaxies, gravitational lensing has subtly framed the center of this image, producing a visually striking scene."

Once you have done that, you will quickly realize just how big galaxies are and essentially how big our universe is. Those thoughts certainly do make you feel small.