Despite its 300-developer workforce, Naughty Dog still isn't ready to take on two big production cycles at one time. 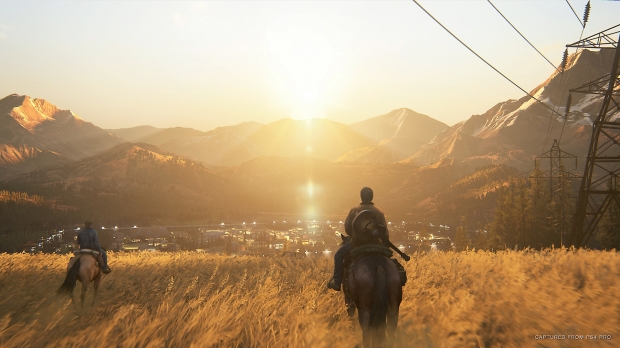 Modern Naughty Dog games are high-budget marquee games that have the power to sell systems. Uncharted 3, Uncharted 4, and The Last of Us' I & II were all major staples for PlayStation owners across multiple generations. These games deliver over-the-top visuals and immersive realism, but the trade-off is a slower production cycle where one game dominates all others.

According to Naughty Dog President Evan Wells, the team isn't ready yet to tackle two games at once. The studio is close--Wells says they're "just short" of simultaneous two-game pipelines--but for now it'll be one major game for the foreseeable future.

In a recent interview with The Game Maker's Notebook, Wells discussed Naughty Dog's fledgling attempts at multi-game production and what the studio learned years ago:

"We tried our first major multi-project development with The Last of Us, at the end of Uncharted 2 when Neil Druckmann and Bruce Straley went off to start designing The Last of Us. Although they did spend a good solid 3-4 months working on Jak and Daxter before they decided to shelve it and work on something new.

"They embarked on that...the idea was that we would solidify around it and build a team around it, and have two teams going at once. We just did not achieve that at all and the amount of effort it took to finish Uncharted 3 at the time, stealing resources away from The Last of Us and we never got to the point where we had two full productions going.

"I would say even today we're still just short of that. We have done multiple projects but only one that is getting the lion's share of focus at any time. We don't have two projects that have several hundred people on them.

"We only have one, and then we've got some that are pre-production, just leaving pre-production but we'll have to wait until the main focus is completed before we move everybody off into that project.

"Some of that is linked to our pre-production cycles. We are starting to become more efficient so things aren't so radically different that it leads to consequences like work being thrown out. It's about evolving and we did a lot of work after The Last of Us Part II. We especially made some pretty big changes; we're adding more titles and hierarchy to our studio and trying to hold on to those old garage days and retain that nimbleness [of a smaller team], but we're over 300 people in the studio so things have to change."

Naughty Dog is currently working on two projects: The Last of Us Part II's online multiplayer, and a Last of Us remake for PlayStation 5. There's also been talk of a new IP.